Over the course of the development of Secrets of Grindea, which has gone on for five (5!) years now, we’ve had many different ways of keeping track of decisions made in the past and where to head in the future.

Unfortunately they’ve varied in usefulness – turns out, simply talking about something in the group and then expecting everyone to remember the outcome of that conversation doesn’t work quite that well. In fact, more than once we’ve had the exact same conversation several times, with different outcomes, where people have changed their opinion over time, or we simply don’t remember which idea we thought was best.

To solve this we’ve used a variety of documentation methods – we’ve kept our meetings documented physically through a notebook I’ve (Vilya) brought to them, and sometimes we’ve used our “agenda” document (basically a to-talk-about list for each upcoming meeting) to document what we talked about and what it resulted in. There’s also been attempts to have a Upcoming Quests document, an Arcade Mode document (with future arcade mode mechanics), and a Story Mode document with random bits and pieces about the game written down randomly.

After trying to navigate through these documents for a while, searching for the answer to another one of our eternal “what did we say about subject x?” questions, I decided it was time to clean things up.

So, over the last few days I’ve been merging all of our documentation – the quest documents, the contents of my notebook, the Story Mode- and Arcade Mode- documents and ordered them properly in a single Google Docs document: 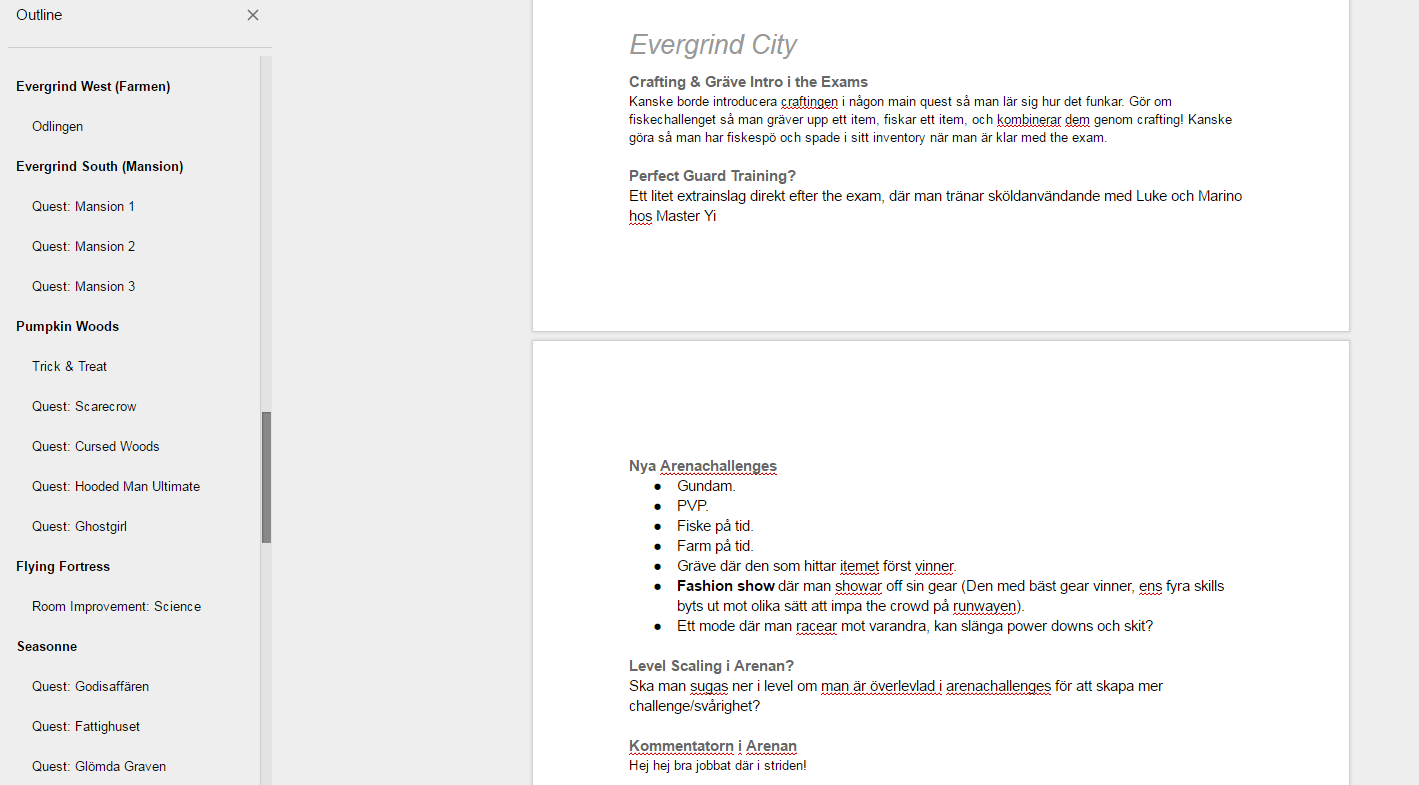 In order to keep things easy to find, we decided to sort this new all-powerful list area by area in chronological order, starting with a “General” section for things affecting general gameplay (such as visible healthbars for co-op), and ending with all things Arcade Mode. Thanks to their “new” (at least, I hadn’t seen it before) outline feature, it became very easy to navigate through the content once I was done, but if the feature wasn’t available I’d probably created something similar in a regular text document, adding a table of contents in the beginning.

We’re very glad to have this new documentation method, which hopefully will save us some time when looking up what exactly we decided after having discussions, and why we came to that conclusion. It is likely we’ll still have to talk about some things again, of course, as we do tend to change our minds around – but at least now we don’t have to take it all from the beginning again!

Now, this week hasn’t been all about documentation, of course. We’ve also continued work on Tai Ming’s second zone (which is drawing closer and closer to completion, art asset wise anyway). In order to prepare for the Giant Thorn-worm battle, we’ve made a battle-worn version of the HQ outdoors: 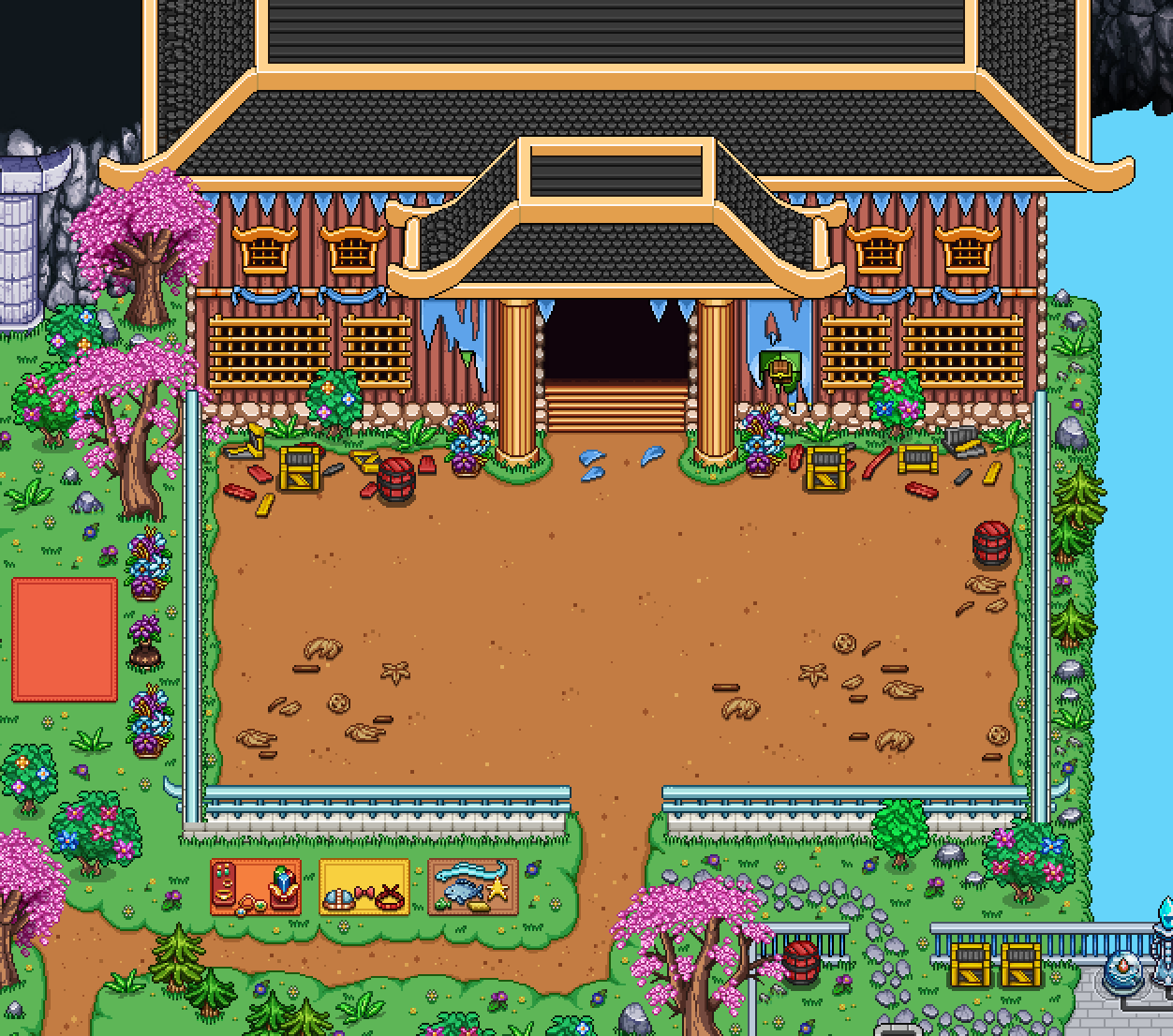 We also continued on the government/administration building from last week, creating it’s present state as well: 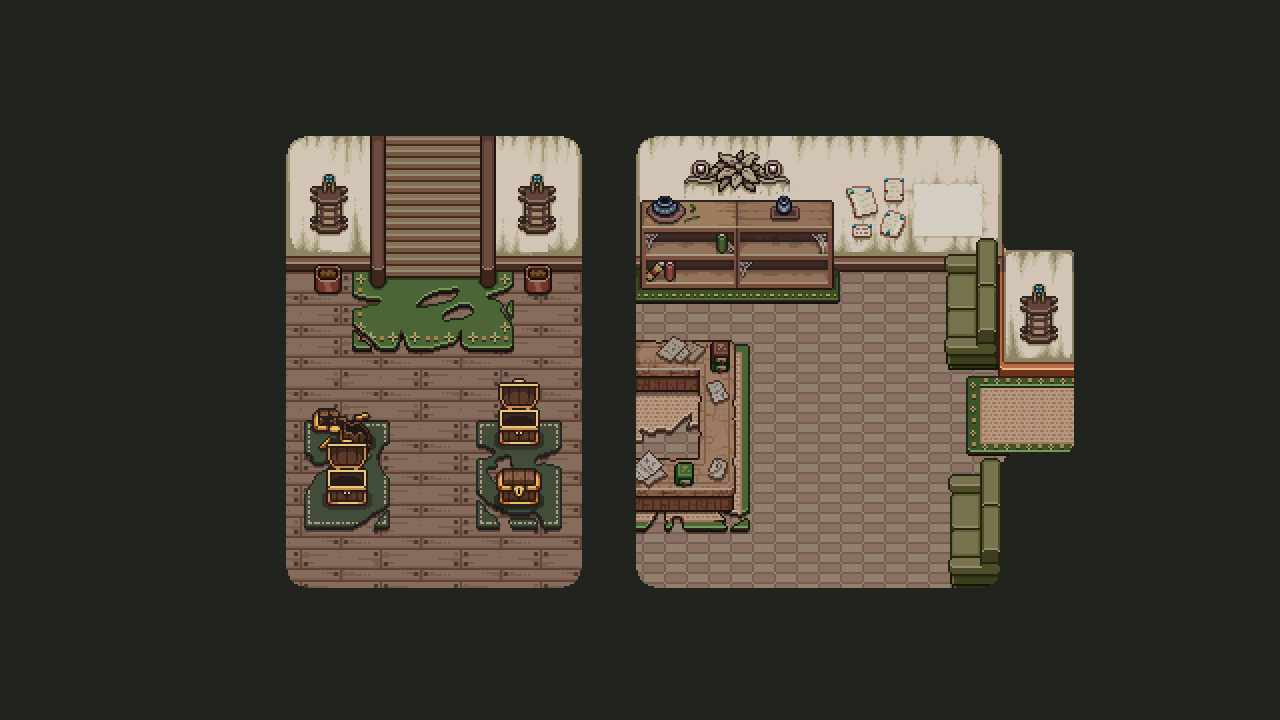 ..and finally, yet another character joins the fray! When I made this guy (yes, it’s a he – or it’s supposed to be, anyway), I had some a vision of some kind of mix between Remedi the alchemist in Evergrind City, and a vampire. Yeah I know, don’t ask where these ideas come from. I have no idea! Anyway, he’s supposed to sell potion in Tai Ming’s second zone, and here he is:

That’s all for this week! Next week will most likely be an animation special, as I’ll be taking a couple days off (first vacation days this year!! wohoo) and probably won’t be around to write the next post :)


It’s insane how hard you guys are working. This is something you can really be proud of when it’s finished. Just awesome how much dedication you put into Secrets of Grindea.
As I’ve tried to make some (very small!) games myself I know how hard it is to get through the phases where you just can’t find a way to motivate youself.
You three are an amazing team!