This week, we’ve finished up the final interior of Tai Ming’s second zone: the monkey lab! Here is the past version: 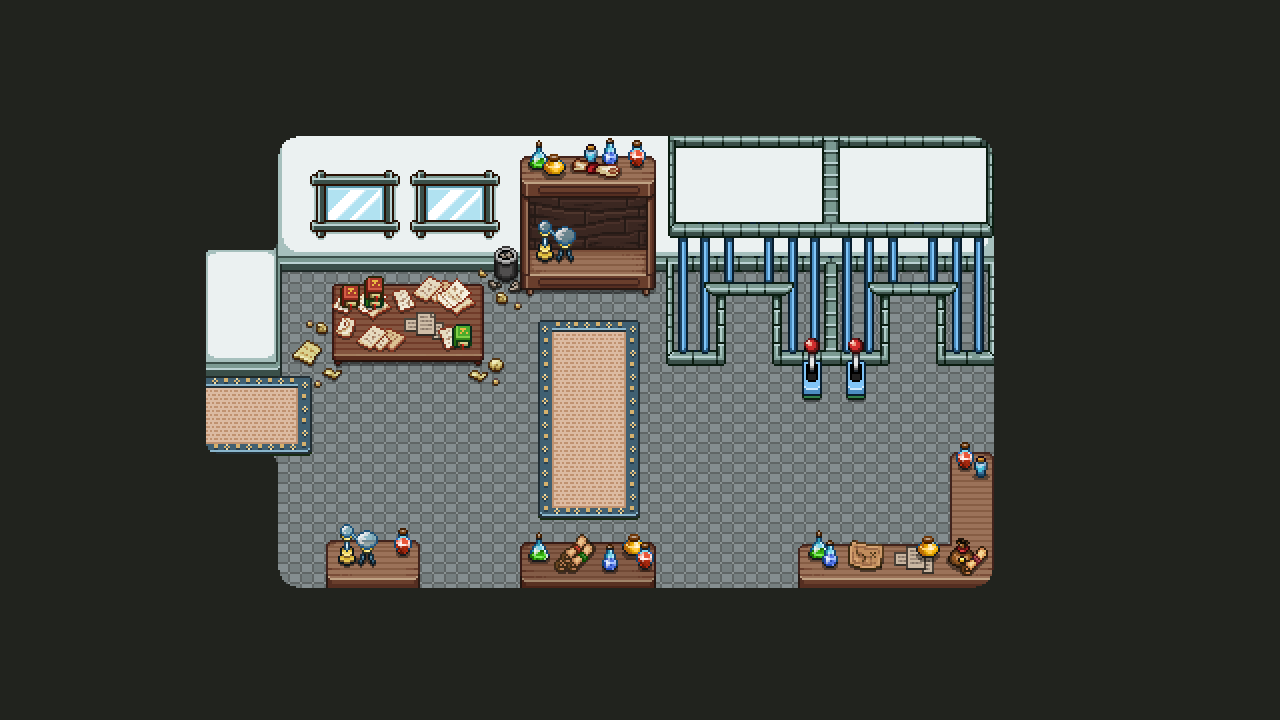 Before designing this place, I (Vilya) had a talk with Fred and Teddy about what level of technology we wanted this place to have. We had plenty of options: we could either go full Flying Fortress style with lasers and very high technology, or we could go more primitive and ancient-oriented.

Since we wanted this area to feel quite modern for Tai Ming (making it stand out and all), we decided to keep it kind of high-tech, but not Flying Fortress laser-level. So there’s steel bars, lots of documentation, some glass vials and strange potions, some which will be animated and added later on by Fred!

After completing the above version, we decided to have one big cage rather than two small, with two monkeys in it. We also added some cracks to illustrate where a hole will be in the present, as well:

For the Present version, the walls & floor need to become more dull & dark, the glass windows have broken, papers have been shredded… and the poor monkeys who were stuck in the cage have died (unless… you decide to let them out) :( 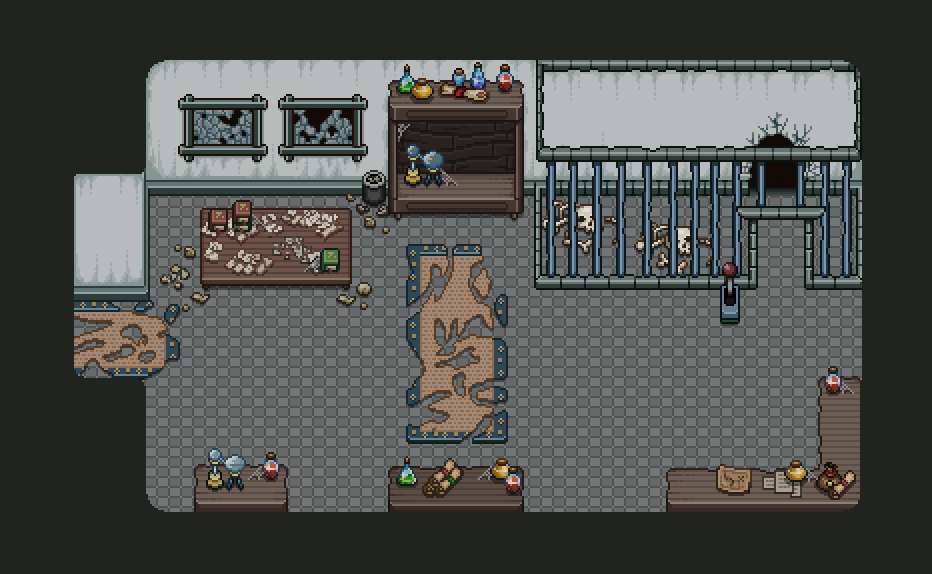 Aside from these interiors, we also added a bunch of smaller stuff: changing the brown chests into purple ones on the banners in the past, to reflect the fact that the chests in Tai Ming will, in fact, be purple: 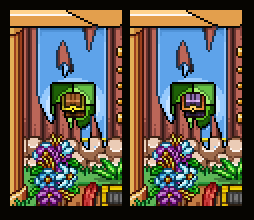 We also wanted to Tai Ming-ify the doors inside the ancient Collector’s HQ a bit, so I added some fancy door frame decorations to them:

Just for fun and some flavor, an optional chest has appeared in Tai Ming’s present state, as well! But however will you be able to reach it with all the rocks blocking the way?

There’s a couple of new characters, as well! This ancient version of Quinton (an ancestor, perhaps?) is the Quest Master of Tai Ming’s Collector’s HQ. He’ll give you one or two quests you need to complete in the town before you can proceed into the next zone:

Those of you who paid attention to the text screens in the Phase Puzzle course in Mount Bloom should be familiar with Tonee, who wrote about the course in some detail!

Well, here she is, visiting Tai Ming with her engineer friend from last week:

What they’re doing there? Showing off the latest Phase Shifting technology of course! These things don’t fund themselves, you know ;)

Finally, here’s another giant Thorn-Worm, the ULTIMATE version, made & animated by Fred:

How much worse can that fight get, really?! Whew…

Next week, I’ll finish up the graphics for Tai Ming’s second zone, while Fred works on some much needed NPC sprites for the area! Next after that, Puzzle World, the short mini puzzle-dungeon “hidden” in the north of the zone. Stay tuned! :)


SoG looks better and better everytime this blog is updated!!!

Played it alot a year ago with a friend and I had one of my greatest multiplayer experience so far.

Keep up the good work!!!