It’s our 260th recap and this week I’ll be focusing on more housing content, while Teddy and Fred continue prototyping the Mimic boss!

Last time when we looked at the Seasonne housing items, there were a bunch of the basic ones. This time, it’s time to add some random special items! A christmas tree, christmas stockings, garlands, presents, a christmas flower… Pretty much everything christmas inspired I could think of quickly: 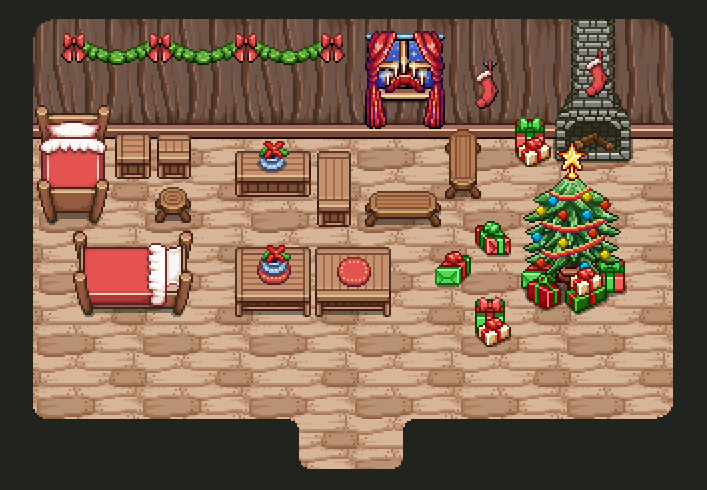 Do you feel like we missed another christmas themed item that would be cool to have in the house? Go ahead and comment! :)

For the Temple of Seasons housing items, most items will have 3 versions that change depending on the season. You’ll be able to place an orb to change the season in the room, which will change your items (and if you won’t want to keep the orb after swapping season, you can simply remove it again).

Some progress GIFs of the bed:

For the Temple of Seasons summer window, I’d like there to be a cute little bird in the nest or something. I just keep coming up with ideas hoping Fred and Teddy will cooperate in implementing them! But since it’s a great idea, I’m sure they will… Right?! ;)

The wall decorations to the right and the fairy statues will remain the same regardless of season, the rest will change as you hit the orb: 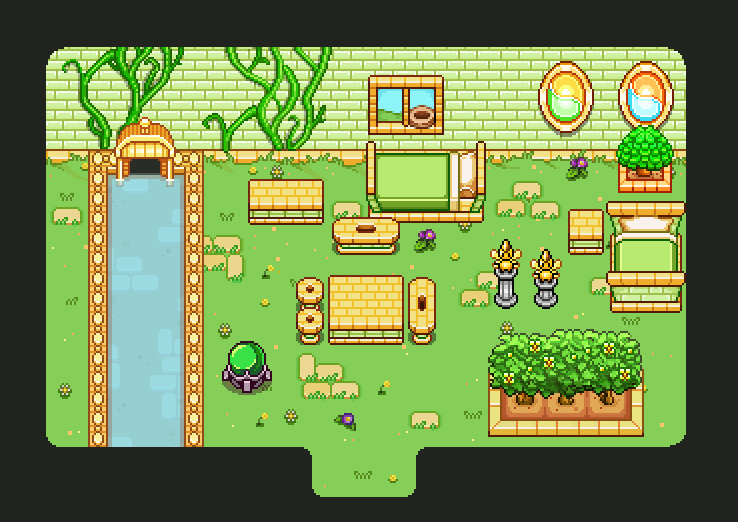 And now, time to change those seasons!

First up, the autumn batch! The vines have dried up and the leaves have fallen off the bushes. Also everything has orange hues rather than yellow and green. For the window I imagine dried up leaves blowing past: 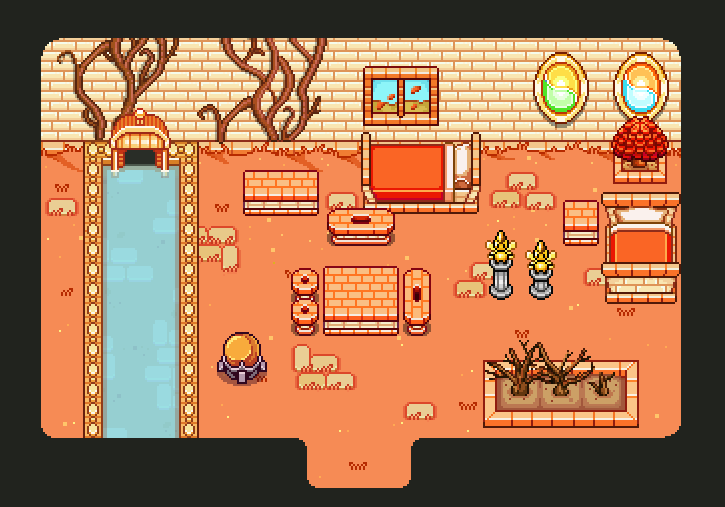 In the winter version, everything is blue and white, and the vegetation have become more colorless (aside from the magic bush in the corner which never dies). There’s hanging a bunch of icicles in the window: 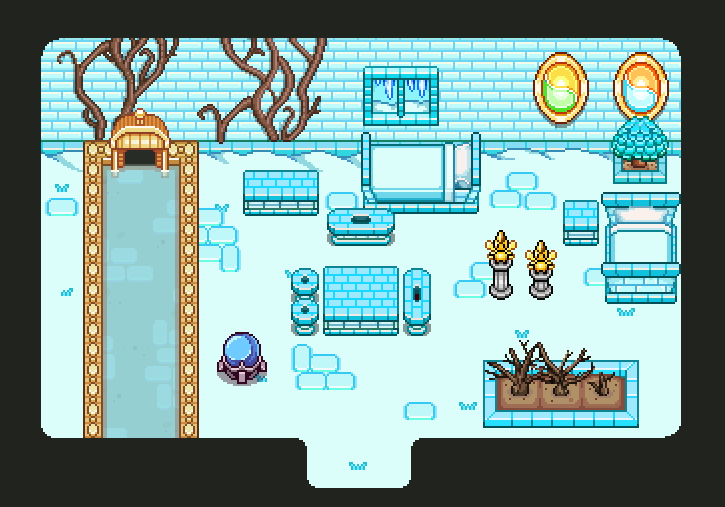 And now… finally…. A preview of the Mimic boss fight!! (These GIFs are for some reason a bit laggy/slower than what the actual game looks like, but you’ll get the idea anyway)

This is the first version of this little guy, which we’ve (not surprisingly) focused on first. In total he’ll have three stages, where he grows in size and gets more complicated attacks in each step.

The first version is very straight forward right now, and will probably remain so. He basically jumps after you Jumpkin-style, getting enraged after you deal enough damage. Once you’ve done enough, he’ll go into a super rage-mode, jumping around and causing shockwaves:

The next version is a bigger and meaner version of the first. When he’s not jumping around, this time in a more Giga Slime-fashion, except for the slime, he spits out a ton of random items (in this version we’re using placeholder coins), after which he’ll start eating the items up again:

Depending on what item he eats, various bad effects will happen. One will cause flames to appear on the ground, another will have him send out shockwaves, a third will slow down the player, and a fourth sends out a ton a bombs. Madness!


Wow, that boss fight is getting real coll, i want to beat this shit soon.


I would like to suggest a collection of household items based in the Greek Culture guys. Like white-marble sculptures, and gold curtains.


Oooh, looking good! I still like how the damage stacks up, by the way! Another nice addition to the Christmas themed housing items would be a plate of cookies and milk to place on tables. Maybe even the cookies getting bites and milk disappearing after a while, haha.

As for the boss, I’m hoping it won’t be too chaotic, haha. I’m dreading to have to deal with random bombs being thrown out again xD I was happy to get that over with.


I think a snow globe would be a good addition to Seasonne housing items.


I think some slightly dripping snow boots would be a cute addition to either the winter seasonne or christmas sets! ( you could even have a tiny puddle around them)

A struggling Santa stuck in the chimney after too many cookies might be fun also, if you could get them to let you animate it. (lookingatyoupeopleincharge)