It’s been another week, and on the menu for this week’s recap we have MORE housing (it never ends!), some previews of the optional examination texts you’ll be able to find around Tai Ming, a bunch of portrait expressions for the upcoming third zone, and… some animations! Let’s begin with housing~

While the housing items made up to this point has been saved and await implementation, we still have two areas to go! First up: Mount Bloom~ 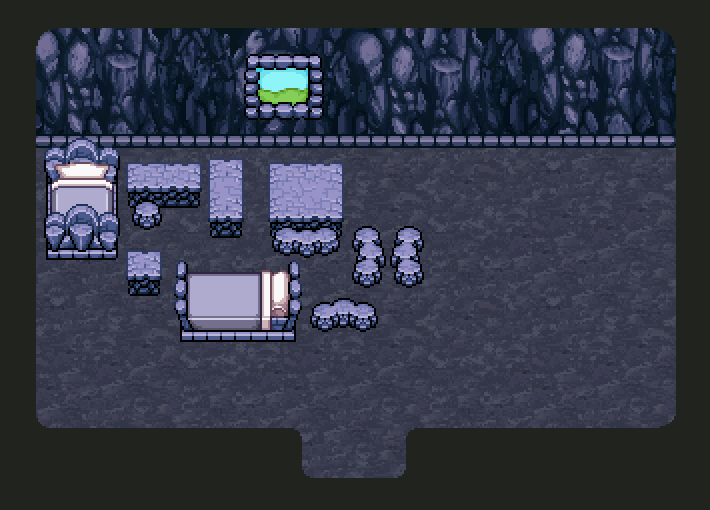 This area transformed to housing is quite straight forward – ROCKS! Above are the basic items that every batch will have: Floor & Wall textures, bed, tables, chairs, etc. And below, lots of random items, many of which you can already find in the mountain: 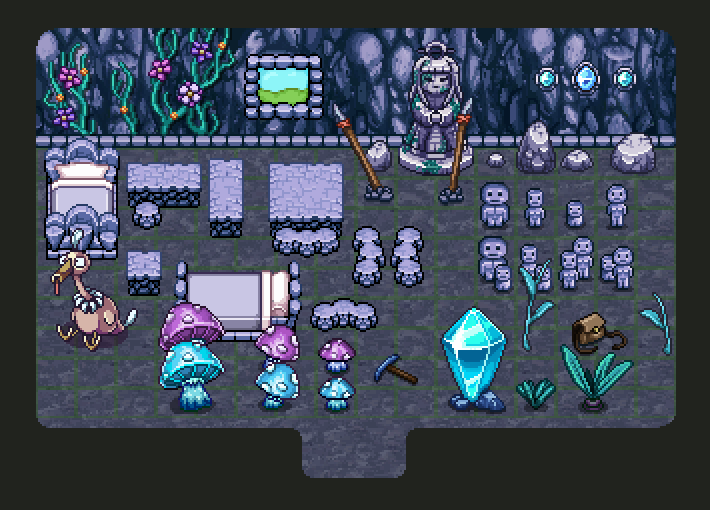 Mushrooms, crystals, some more rocks, a statue, a… a Fluffyfeathers? and some of the greenery seen around the caves of Mount Bloom! These items have all been resized and recolored to fit with the housing system and the rest of the item batches. Except Fluffyfeathers. Cause he’s perfect the way he is. Right?

Now, it’s been our ambition to add more of these optional texts for a while now, and we’ll begin with Tai Ming and work our way back!
Some of you might have noticed magnifying glasses appearing here and there. They most often signify that you’re able to examine something, and sometimes it’s even relevant to the story. From the beginning we’ve wanted to add more of these flavor texts here and there throughout the world of Grindea, but it’s also something we’ve been very good at forgetting. No more, though!

Here are a few example texts from the first zone of Tai Ming (do excuse any spelling or grammar errors, as this is from my draft document): 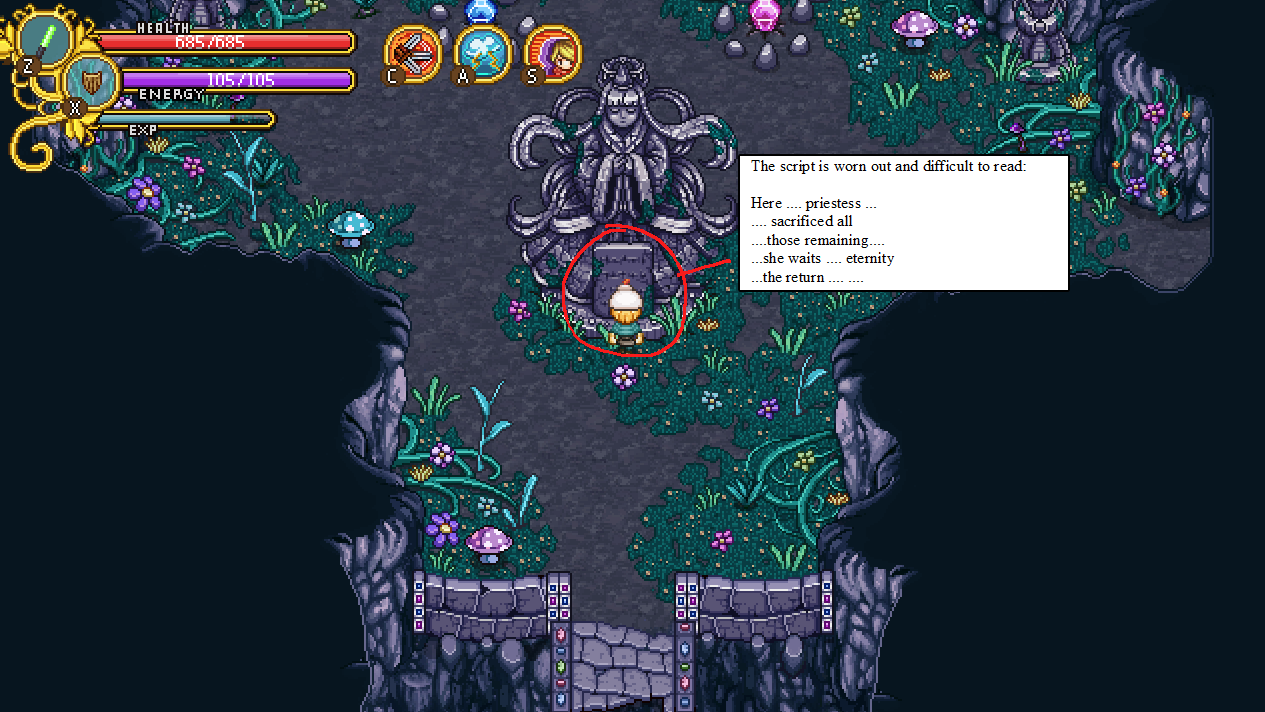 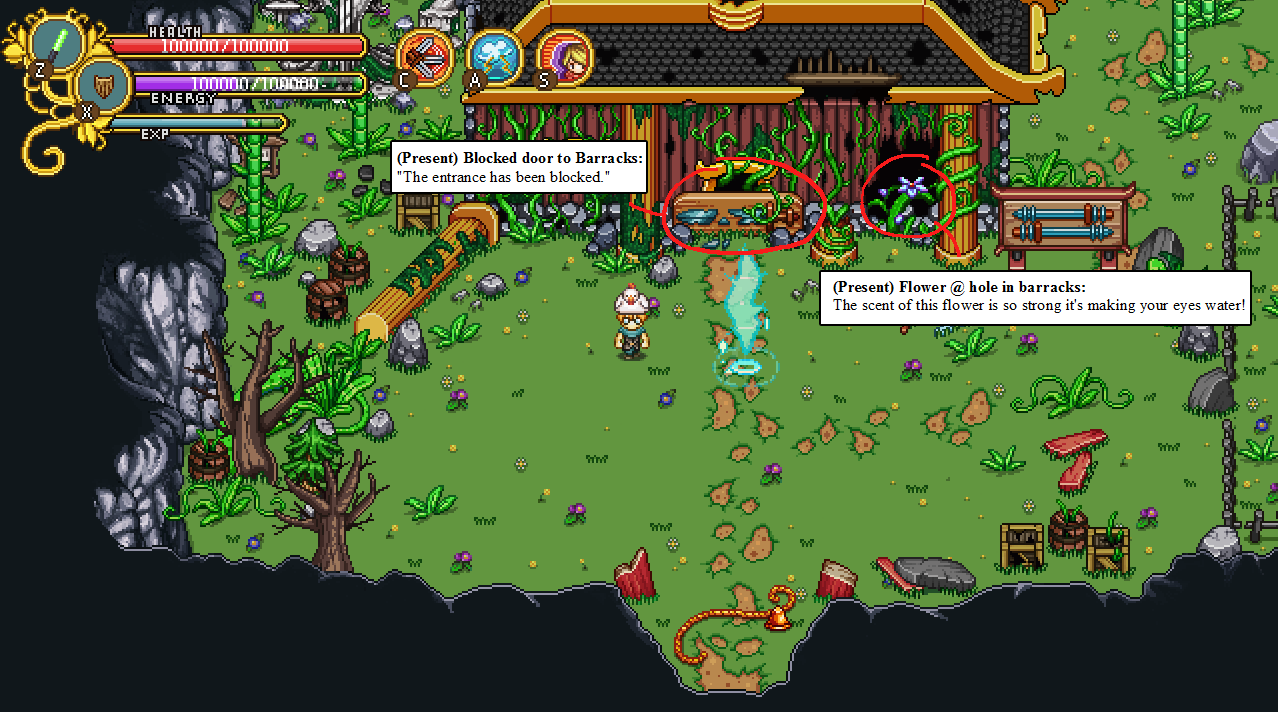 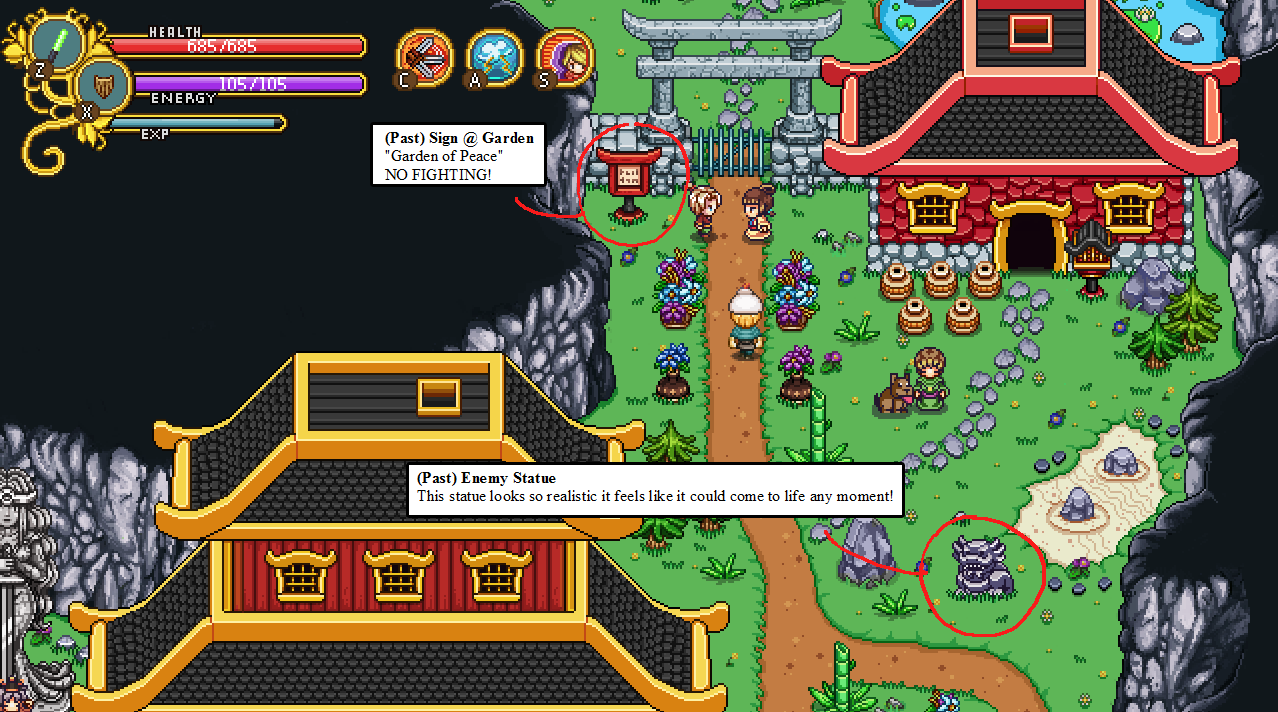 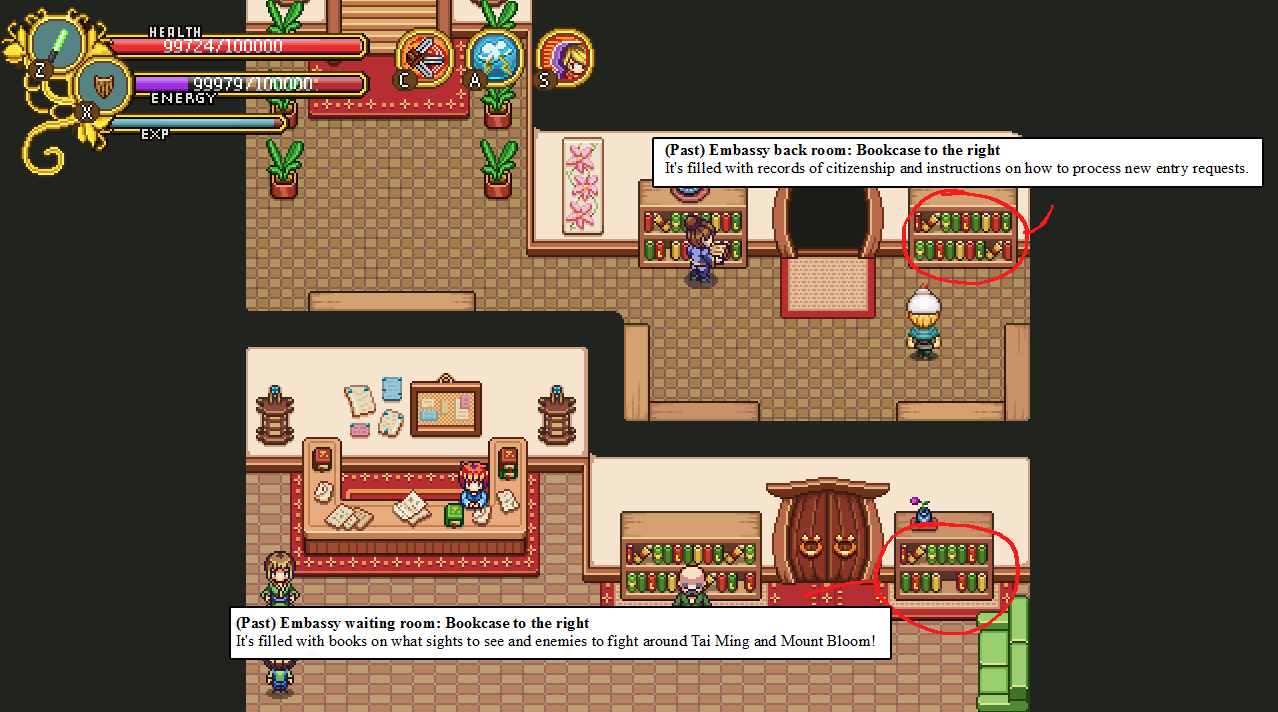 Since adding these will make the few actually story-relevant (or otherwise more important) ones less apparent, we’re considering making another version of the magnifying glass that’s bigger and more epic looking to signify this piece of information might be useful to you somehow. It’s also very likely the story-relevant hints will have their magnifying glass appear from further away, while you have to step quite close to see the ones that are only for flavor.

Hopefully you’ll enjoy this update once it launches. With any luck, these texts will help you feel more immersed in the game world!

With most of the cutscenes in Tai Ming’s third zone prototyped and ready, it’s also time to bring some flavor to those faces! I don’t know if we’ve mentioned it before, but the third zone will be all about the priests quarters, so naturally that’s why this first preview is filled with almost nothing but priests: 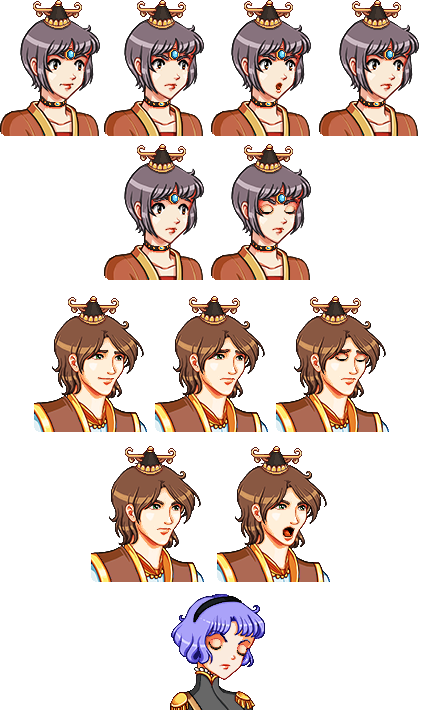 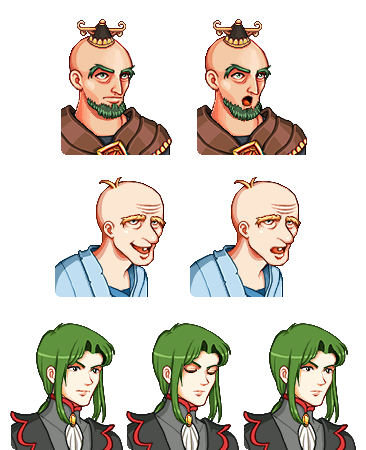 With grave things happening around the ancient world of Tai Ming, I’m afraid there aren’t a lot of happy faces here, and it will remain so in any coming previews we might show as well!

Finally, have a couple of Fred’s animations, featuring the final stage of the Mimic boss:


As soon as i saw the housing items for the Mt bloom zone i wished you guys implemented a type of jukebox or radio thing for the house which would be able to play soundtracks from the game. I just love Mt bloom soundtrack and would like to just chill in the house and hear it while decorating it.


Flavor text is something sorely lacking in most games. When it comes to defining good game design this is a glossed over area but the truly magnificent games are those with things like this.

Mario RPG stands as one of the most memorable games because of its creative use of flavor text. Same with Chrono Trigger and a number of other classic rpgs.

The inclusion of this in Secrets of Grindea will certainly raise it a number of notches from where it is currently. It gives depth, character, and immersion to the world. It makes people buy in to what you’re creating.

Kudos on this addition and I hope there are lots of fun puns and stuff littered all around to make users smile when they adventure through your world.


I never comment but I’m choosing to do so to second the suggestion of a music box. This is a MUST. You can tie song unlocks to completion of zones or something as well if that is an interesting idea (or at the very least locked until you’ve heard the song once in-game)


When we first started talking about housing and furniture for SoG way back, I think “Oh, and we gotta have a jukebox” was one of the first things we said ;D
So your prayers have been answered, jukeboxes for everyone!