Another week has passed, during which Fred has been busy finishing up the Solem…

.., and starting work on his part of the whole potion business! This includes a sprite and animation for a new character who will stand outside the potion shop with a signpost. This way we hope people will easily come across him and learn how to get a bottle on their way to the Pumpkin Woods and Flying Fortress:

Next up will be more potion stuff, as we’ve decided to change some things around with Remedi’s quest, and add another one where you’ll get the second bottle. A sneak peek of what’s going to happen:

Excited? We sure are! In fact, most of this week has been about potions in their various forms as we’ve prototyped, tested, made changes, and tested some more! In the beginning of the week we had a meeting where Teddy showed us his basic prototype of the system and wanted to discuss it with us.

To refresh your memory, the potion rework is about giving you three bottles that you can fill with one potion each. After you drink a potion, the bottle will refill slowly as you battle enemies. This was the basic prototype added by Teddy, but unfortunately he did not feel it was very fun, and after trying it out as well, me and Fred agreed – to an extent.

In fact, for a while we talked about scrapping the potion rework altogether!

However, after playing around with the system (Teddy also included settings which allowed us the change the speed of which a potion recharges, their duration, as well how big of an effect they have), we found that we’d been looking at it the wrong way, making it too difficult to recharge the potions.

Basically, in our first iteration, you got quite a large effect but refilling the bottles (done only by battling enemies) took forever, and felt more like a chore. So instead, we decided to reduce the effect quite significantly, but have the recharge process be much faster. We also decided to add a passive refill that slowly refills the bottles for you even when you’re not in battle. This way it doesn’t feel like you’re losing out on refill time when you move from one group of enemies to the next.

We’ve also decided on what potions we want to have, which so far is a lineup of nine:

And finally, the most important one:

* Chicken Potion – Turns the player into a chicken!

Yes, we’re serious about that one. Might not be very useful (or will it?), but fun at the very least!

Okay, time for the next step in our potion-centric week! Starting with the basic UI where you assign which potions you want to carry with you on your journey. To my help with this I had a little sketch we made over at our meeting where we discussed these things: 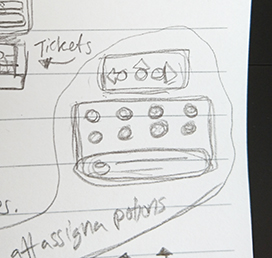 Using the buff- and Frosty Friend interface arrows as a base, I made a version that will feature the potions. These arrows will not only appear in the Assign Potion interface, but will also appear around the character in the same way as when you command Frosty Friend or buff a friend with your utility skills:

Also the menu may not look exactly like this when it’s done, but it’s close to what we’re aiming for: 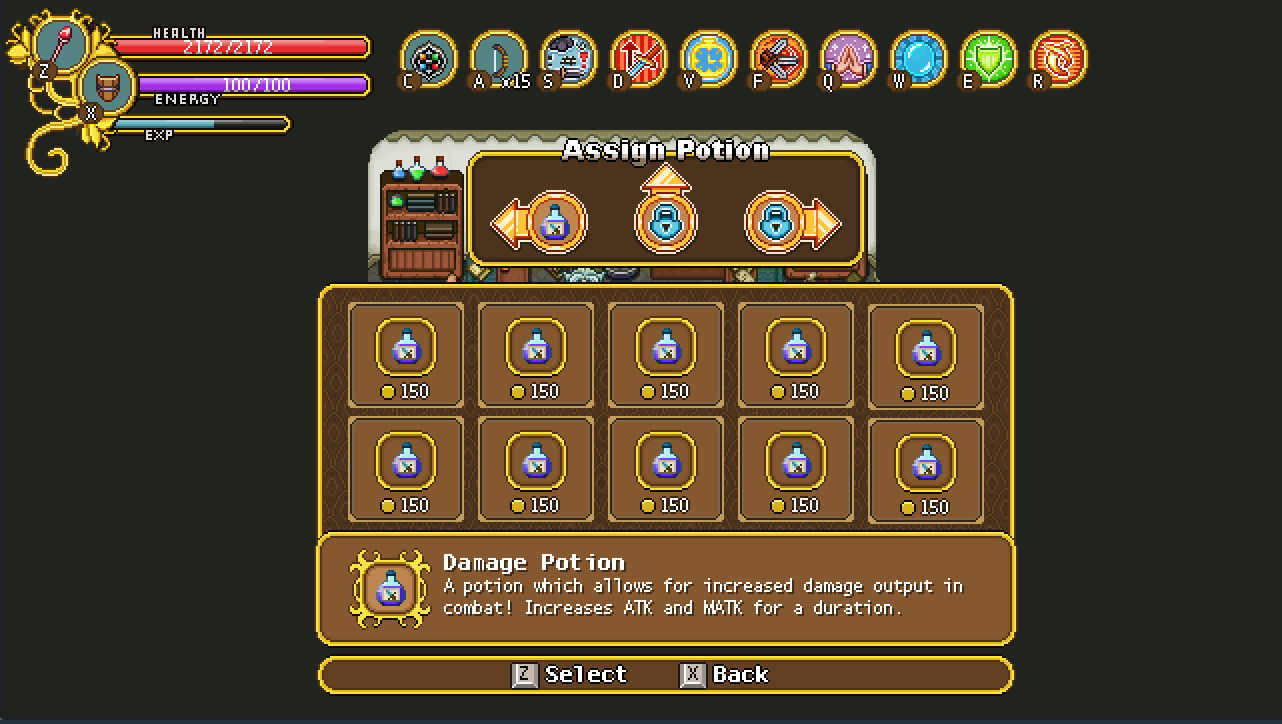 Next up, the portrait of that new character! So the guy outside the potion shop is the nephew of Remedi the Alchemist. As mentined, he will appear in Evergrind City carrying a signpost directing you to his uncle’s shop. He’s also the one to notify you about Remedi giving out a free bottle to adventurers! What a nice kid, huh?

Next, time to get some more interface done. This time we’ll take a look at what the player will see more often, i.e. the interface that will appear as you drink your potions. Using the arrows from before, here’s what they will look like in action: 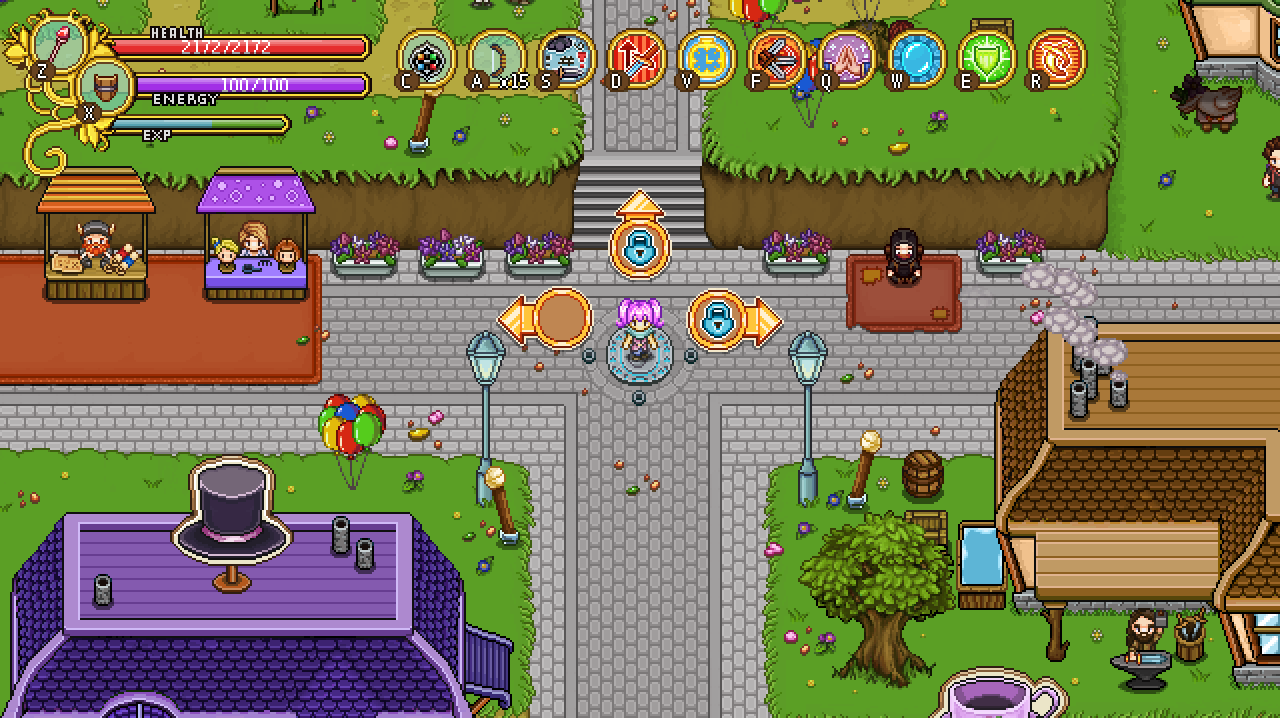 And now, it’s time for an indicator showing how long you have left before your potion(s) have been refilled:

These bottles will appear filled when ready to use, or will refill in real time as you battle enemies or just wait around. In the finished version we’ll try making the top row of pixels a little darker to make it more clear how much recharge time is left:

Now, as for the potions, I will remake all of them in a fresh new style, using our talent icon as base, but making it smaller so it better fits inside the UI arrows:

Each potion will have their own color, and as they appear in the arrow another icon will indicate their effect, making it easier to distinguish between the different potions even when they are of similar color:

The Speed and Loot potions aren’t pictured here because as I was making these, we hadn’t decided they would be included yet! They will appear in next week’s post instead, so stay tuned for that~


I’m really glad this potion thing happened! Now I can finally use them without hoarding! Also glad there’s at least SOME way to restore HP. It bothered me so much when I couldn’t top off my HP before going to do something difficult.