Time to start tying things together in the desert town (maybe we should come up with a name for it soon)! To start off this week I’m gonna focus on getting the groundwork (haha, get it) done, putting in some sand details and paths around the town, as well as making a few pieces of greenery to decorate the area.

First though, let’s deal with the walls surrounding the town! First I put in a quick something based on the piece of wall I made in the map outside of this one: 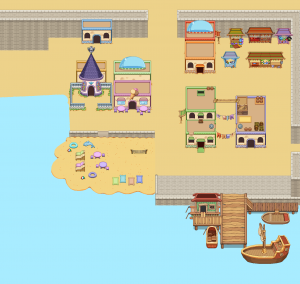 But I quickly felt this texture is way too busy, so instead I’m toning it down by a lot, so it doesn’t bother the eye quite as much: 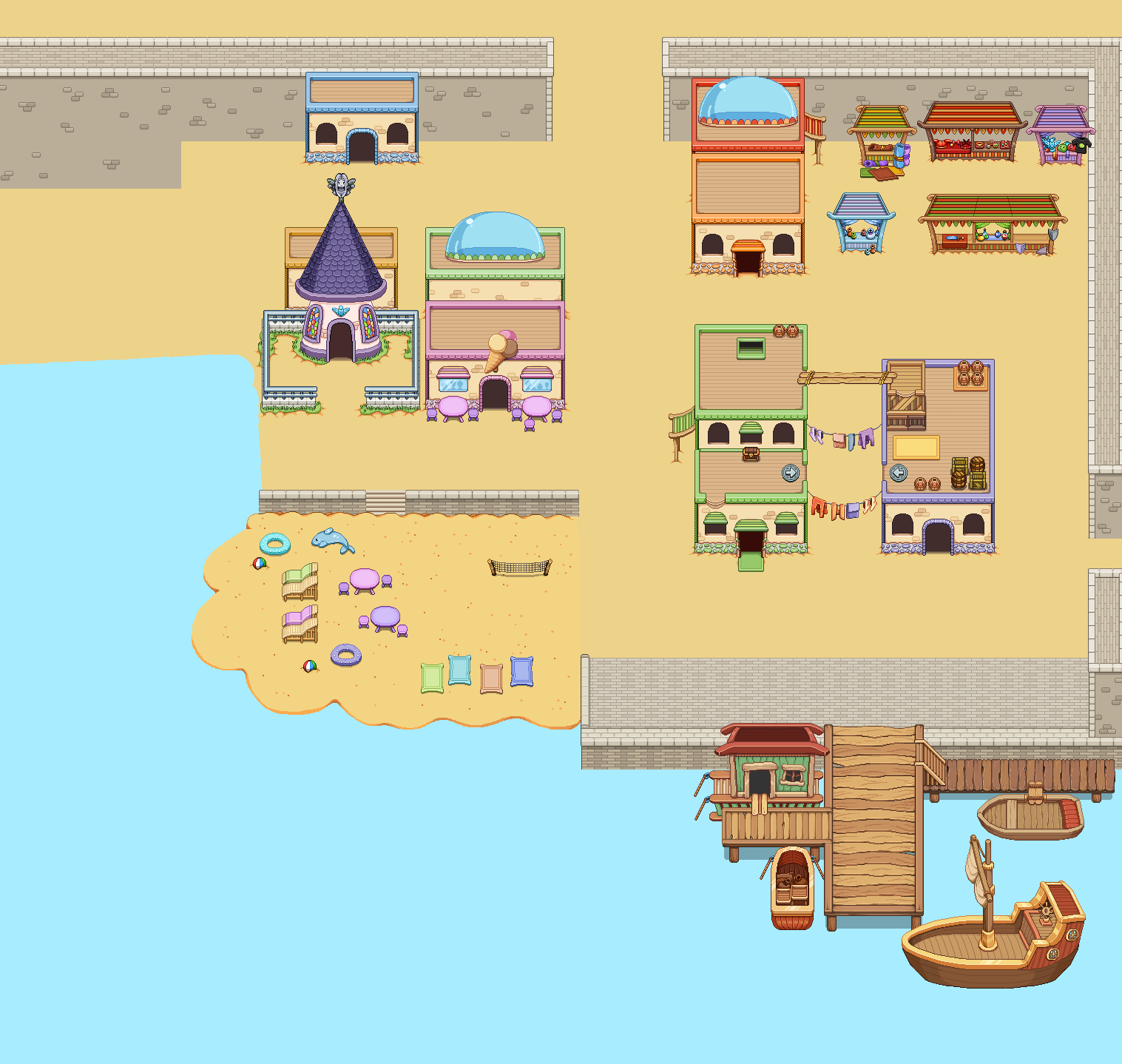 Now, time to start working on that greenery! First up, a palm tree in three different sizes, and then, a little bush with berries:

Along the way I also adjusted the height of the wall, and made a few green versions of the cacti to go inside town: 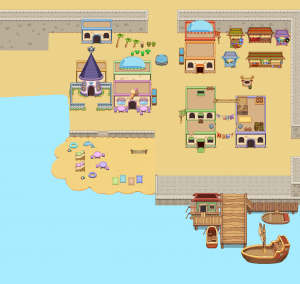 Now it’s time to work on that sand beginning with the edges towards the water:

And then some sand surrounding the beach and the harbor:

And some decorative grass on said sand:

Applying the grass on the rest of the map: 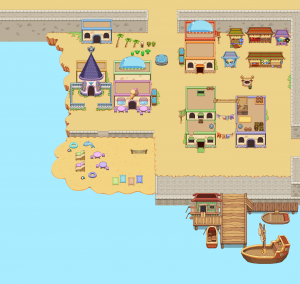 …. and finally some of those roads, so you know where you’re going: 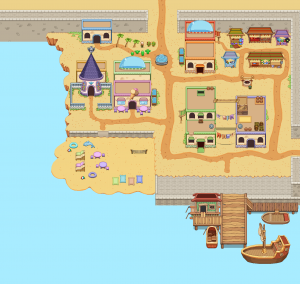 We continue to work on the details of the desert town, this time zooming into the harbor area. Crates, ropes and carpets are on the menu as we give this place a little more personality: 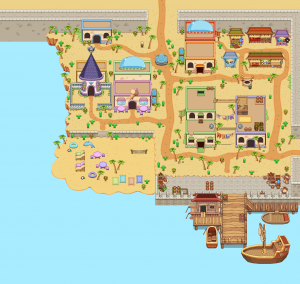 With so many new characters appearing in and around the desert town, I can only keep making portraits hoping to one day catch up with the number of sprites Fred makes for the area! Today it’d time to introduce the bartender who cleans glasses (and serves drinks) in the Saloon.

First, a reminder of his sprite from a while ago:

And then the WIP and finished version version:

And now, it’s my turn to take a quick break from the Desert Town to fix somethings for Arcadia! First up there’s a new NPC, who will appear as you develop the farm. Her character sprite was actually made a long time ago for story mode, where she’d play a mechanic part that was since scrapped:

Meanwhile, since Chika will be responsible for the eggs and hatching mechanics, we thought it was time to upgrade her from being permanently sad to actually enjoying her job a little (who doesn’t like chickens and/or eggs, right?):

Speaking of eggs, those things need drop appearances since you will be able to walk around with them in your inventory:

And as part of the farm experience, there will be a new perk as well! This one will make capturing eggs easier. Since my first attempt at this perk icon (the left) looked a bit like it had more to do with apples than pet capturing, I made a second version (on the right) which will more likely be the ones we’ll use:

And finally.. A strange little box:

What it will be used for? Announcing that you’ve captured a new fish, that will become available in your Aquarium in town, of course!

As for Fred, this week he has been battling a cold, but that didn’t stop him from making three salespeople for the market area of the desert town!

Here we have a shield maker polishing a shield, a potion salesman tempting you with one of those health pots (possibly?) and a weapon smith applying some final polish on her latest sword:

With the roof and stand decorations covering a little of their appearance, here’s a version showing what they look like without it (for science… or something):

The desert town becomes more and more of a bustling town with these additions! We hope it’ll be able to rival Tai Ming in how alive it feels with NPCs and animations here and there. Don’t worry though, we won’t make it into a full “temple/dungeon” kind of deal. It’s just a chill place where you can grab some quests and upgrade your gear before heading on to the next real challenge :)


How far off is the arcadia update?


That animation of three salespeople is very good.