Let’s start this week with some of Fred’s things for a change! As you know, we’ve added a couple of new rooms to Arcadia, shrines and blessings. Of course, last time we took a look at these new rooms they lacked in the animation department, so here’s the animation Fred made for when you trigger one of the Shrines:

In the actual game, a text describing the effect of the shrine (in more or less vague terms) will also appear: 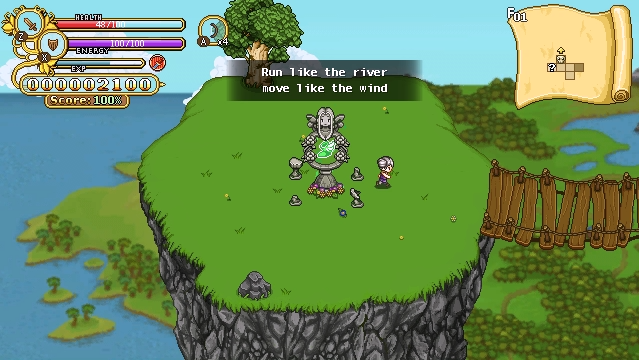 The icon in the middle of the shrine helps determine the effect of the shrine as well. Right now there are seven different buffs available:

The green shoe represents haste, which gives your character increased movement speed. The sword increases damage, shield the hp of your shield. The heart gives you a slight heal whenever you complete a room in time for an S-rank, the blue blast is for a buff that decreases player knockback, the green clock is a cast and attack-speed buff and the purple bubbles is for an EP-buff!

The blessing rooms have gotten their animation as well, featuring the chest opening and revealing the content of your blessing.

The first is a curse that makes everything slightly harder. More difficult patterns, the enemies have slightly higher HP and so on. We had a treat version of this where everything is slightly easier as well, but we felt it was a kind of lame treat so we actually threw it away for now.

The second is the icon for the curse that causes blinding mushrooms to spawn in the Arcade rooms.

Next up we have two new masks! These will be rewards for the Tai Ming and Mount Bloom floors respectively. To unlock these you will need to get S rank on both floors the corresponding mask belongs to.

Then, the drop appearance for time crystals (the item that allows you to restart the floor where you died), and a Level Up icon that is presented to you by Grindea statues, as a blessing:

If you build the Aquarium, there’s a girl available that you might have previously met in Seasonne. Because this area isn’t as cold, she doesn’t have to wear her hood around here: 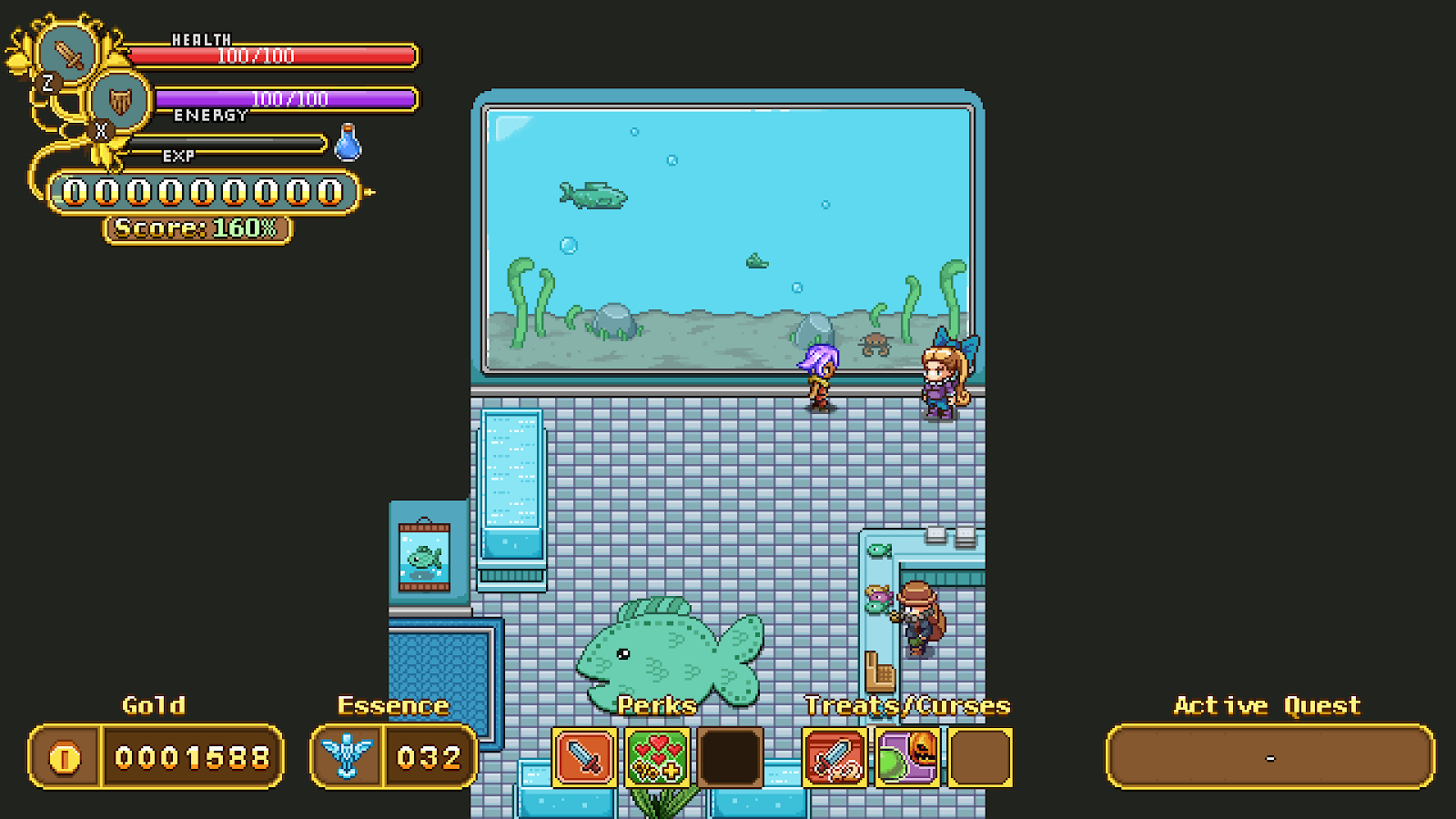 As such, I needed to modify her portrait to fit her new sprite:

Ideally this is one of the portraits I’d remake in that final batch of remaking all portraits before the game is complete, but until it’s time to do that, here’s the current portraits next to eachother:

A bunch of new eggs:

And here’s Fred’s progress of finding out which face best suits the egg on the left (it’s an epic dragon egg, I’ll have you know!): 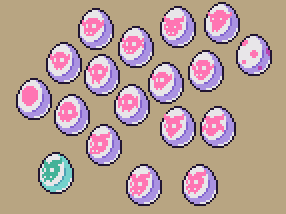 Some expressions for another quest-giving fae:

Four stages of a life insurance, a new feature which will allow you to keep a portion of the gold you gain throughout your arcade runs:

From the beginning we wanted you to keep everything from the beginning, but the gold income varies very greatly depending on how far you get, so we thought this might be a good solution to keep those getting very far from unlocking too much all at once! The life insurance can be gained after building the bank, and each new rank of life insurance is the reward for various quests or requests from the bank man.

Shadier merchant, who sells items in exchange for you max HP has gotten a new sprite, and as such, I updated his portrait again as well:

There’s also these rewards for the various dojo challenges! I’m not sure whether the rewards will be implemented in time for the frontline batch, but at least now the rewards have been made. The inspirations are the belts commonly found in martial arts:

One of our new Arcadia quests need another Fae portrait, this one of a special kind – it’s a blind fae! To illustrate this, we put a blindfold on her.

Again, a video showing the progress (do you prefer videos of GIFs?):

If you’ve built the aquarium, you’ll naturally want to catch a bunch of Mount Bloom’s fishes upon reaching those floors, so they needed animations as well:

Finally, Professor Pine makes an appearance, and since he only existed from the back before, he needed to get a sprite showing him from the front and side as well:


Awesome update! I’m really excited for the new Arcade Mode! Will we have to unlock all of our perks and molded essence again or will we keep what we’ve already farmed? Having to get the Hood of Darkness again does not sound fun.


is this gunna be openworld ever ? like open open


Hello! New Arcadia awensome =)
But.
When you put the damn, the elite in every room. And the spheres restore more HP. The flying castle crasch and the new room does not load.
When playing multiplayer, as the guest does not work day and night.


been playing the new patch on frontline, just want to say you guys put in so much work into it. keep up the amazing work!

ps – anyone know how to unlock the 4th bank upgrade?


3am here and im reading the updates and this give me desire to play lol. This game is so awesome, that I really dont know If I play update by update or wait till 100% xD