Hey guys! In case you missed our updates, Arcadia is live on frontline!!! Wohoo!

If you wanna help us test the new and improved Arcade Mode, please go ahead by swapping into the frontline beta: more on that here. Just remember there are still some things missing, such as sound effects, and that the mode can be a little bug prone in these early stages. However, the new features are all up and running and you’ll be able to build your town step by step, in whatever order you prefer.

Teddy will continue to update with bug fixing patches the next few days, if you find any bugs please go ahead and report them in our bug reports forum.

If you’re interested in the full patch notes, you can find them here. Otherwise go ahead and update your game and try out this new mode! And please let us know what you think :D

Alright! Time to start working on those interiors and cave systems. We’ll begin with one of the most exciting places found in the middle of the desert: the Saloon!

As mentioned before, this place will be home to a number of shady people: cavelings, fae and humans from all over Grindea! Including a few old friends, such as the Black Ferrets… There will be piano playing, dancing and drinking. Maybe even a quest or two, oh my!

The music in the video is actually the Saloon theme, which will be playing in this building. Unfortunately I messed up the looping a little bit in a few places during the video, but you probably get the overall idea anyway :) 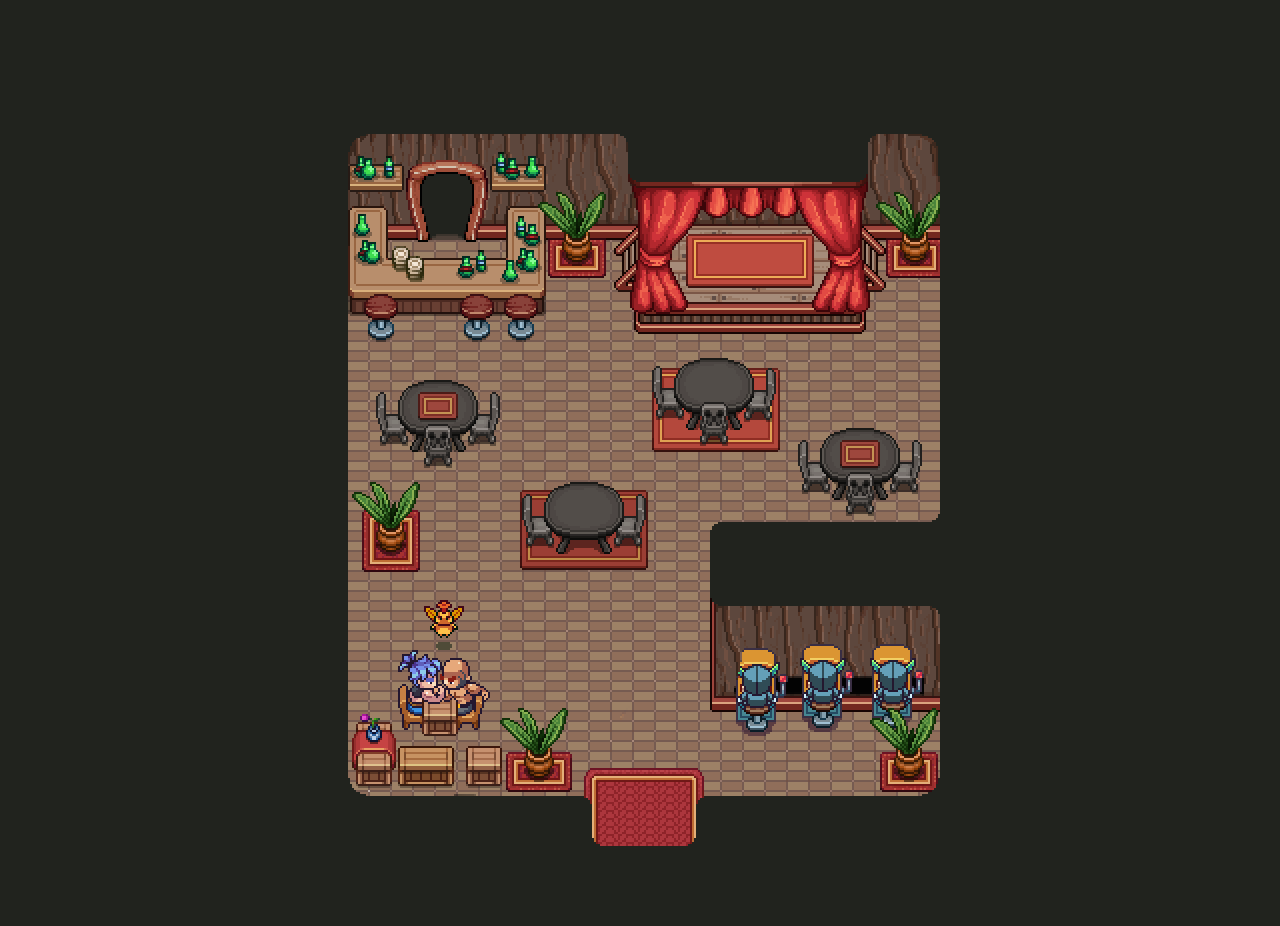 And now, time to move on to those cave systems! To begin with, there’s the matter of converting the walls of the desert area to something that fits better with the interiors of a cave, and make a floor to go with it.

Then, since this particular map is a little special, it will house a number of mushroom-like cacti. And some random decorations in the shape of mining carts and rails. I’ll probably return to this map later and add a bit more detail, but as usual, I try to make a basic version of each room first before adding more personality as we move on. 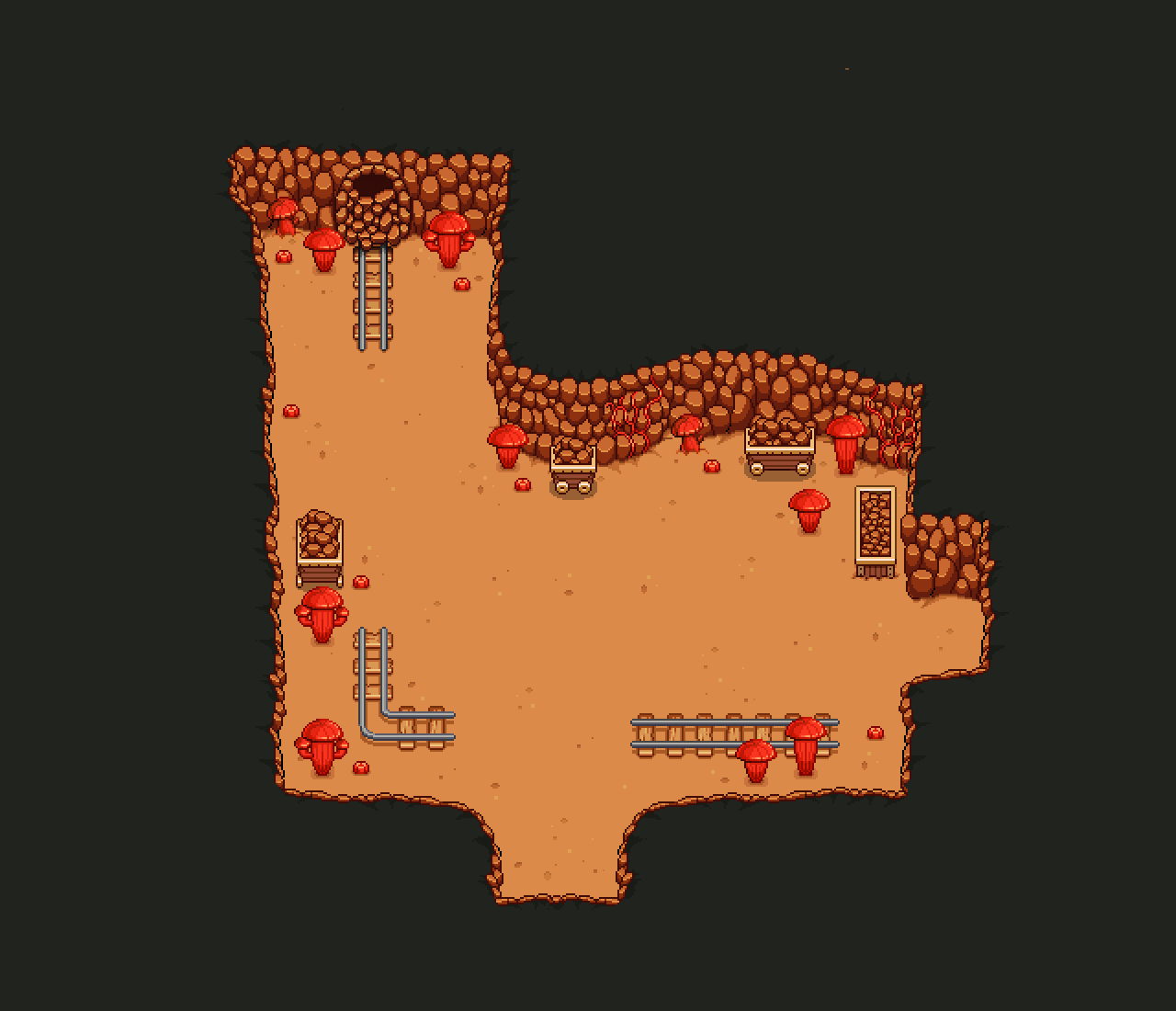 Next up we have another portrait! It’s time to start making portraits for those merchants in the market area, so here’s the potion salesman. Here’s a look at what he looks like in his stand, without the roof covering half his head:

And here’s the sprite, WIP and finished version:

Alright, with Arcadia finally out of the way, it’s time for Fred to return to animating stuff in the desert: namely more NPCs. These fellows will hang out around the beach, chilling in the sweet weather:

So lots of more portraits for me to make! Exciting times. Finally, to end this week, this cute little animation of the carpenter. It will appear in Arcadia, but I didn’t post it before and it’s just too cute to skip even though it should be available in the game already. Enjoy!