The next desert interior we’ll take a look at is the house boat in the harbor area! In this version the door is centered while the exterior has it more to the left, so I’ll move that around later to suit the outside version.

Other than that the interior is slightly different compared to the regular houses, with different kinds of windows and another type of bed. There’s also some slight color variations and edits of some of the props! 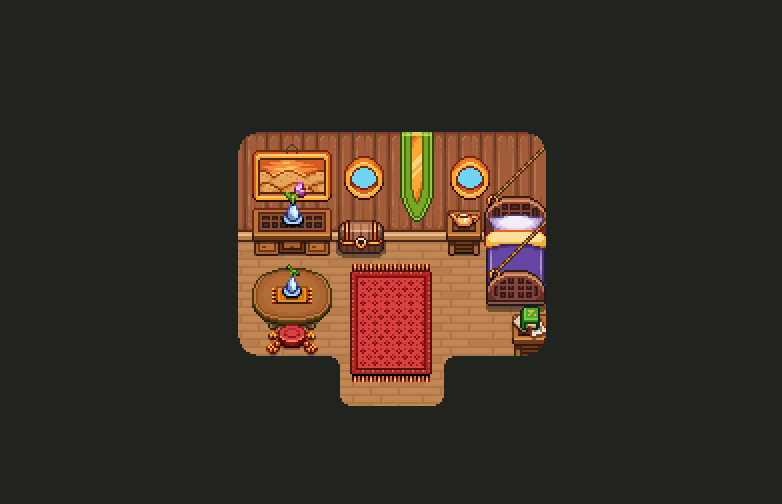 Next up we have a random house that will be right next to the market! We don’t really have any fixed plans for this house yet, so I’m just whipping together a quick basic house that can be inhabited by pretty much any of the NPCs already made:

Maybe in the future we’ll have a more specific idea of who lives here and what kind of person they are, in order to make the place more personal. Until then, it’s just another example of the desert style housing~ 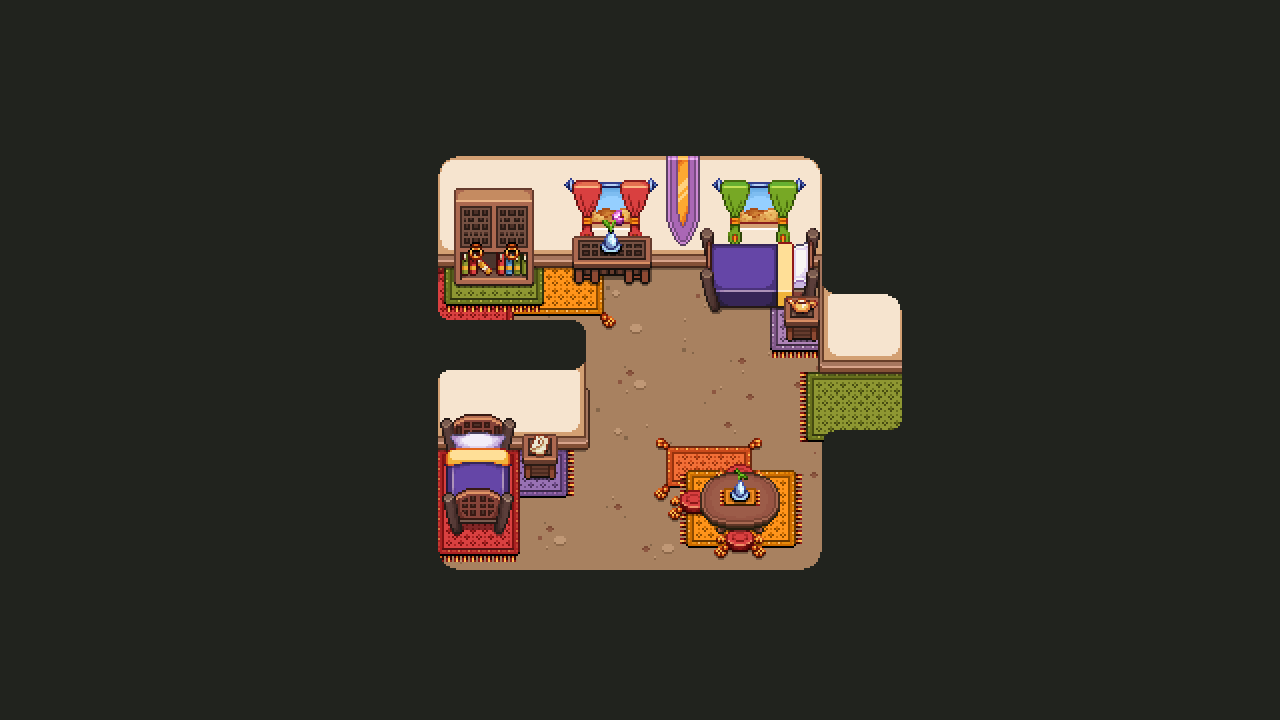 The second portrait features a guy lying on the beach getting an intense sunburn. Do not do this at home kids, this is not very healthy for your skin! The character is based on this sprite made by Fred:

WIP video (also featuring the creation of the final sprite this time, woohoo):

…and the finished thing:

Meanwhile in the animation department, the boss work continues! Fred has worked hard with the new epic Solem boss, who gets an epic laser attack through a mystical gem, oh my!!

Previously we said all Solems will have the laser attack, but we then changed our minds and decided that it would simply make them a bit too crazy for regular enemies. Saving the attack for a boss is totally OK though!

No ancient ruin is complete without its own sets of traps, of course, and since we all grew up watching the #1 adventurer of all time running away in panic from a rock, it’s time for you to do just that in Grindea!

In order to have a cool rock to run away from Fred started making a bunch of ’em, to see which one we liked the most:

And here we have it, in all its glory, chasing our unsuspecting heroes as they totally mind their own business, how unfair!


This bolder just shatters on my characters steel body, forged by infinite hours of levelling, the day this game is released.
Keep it up!