Alright, so as you might know, one of the boss battles you’ll be dealing with in the desert is the return of Marino, who wants a second shot at beating you up! This time around, he’s leveled up and uses some crazy clone action to make this battle even harder.

As part of the prototyping process we’ve played around with a number of different patterns and types of attack. Here’s an early version of one such attack:

We want to play around with Marino and his clones moving across the playfield quickly, meaning you have to mind where you stand, or even move around in order to avoid damage:

We have multiple patterns like this, which will become more and more difficult as the fight progresses. Of course, there’s a lot of placeholder graphics here, but the overall idea is the same: there will be some sort of visual indicator for where Marino and his clones will move next, which fades away once they make that move.

Marino being Marino, he’s also learned the noble art of taunting his opponent, but be careful to attack him blindly, or you might come to regret it:

Now, time to continue working on the second room in those desert ruins! As mentioned before, it’s time to start working on the top part of this map, where some forgotten, ancient treasures will be….

In this final part we add more detail, but also that fancy mirror and the pedestal holding a very special crystal which might be directly linked to the boss battle in this ruin: 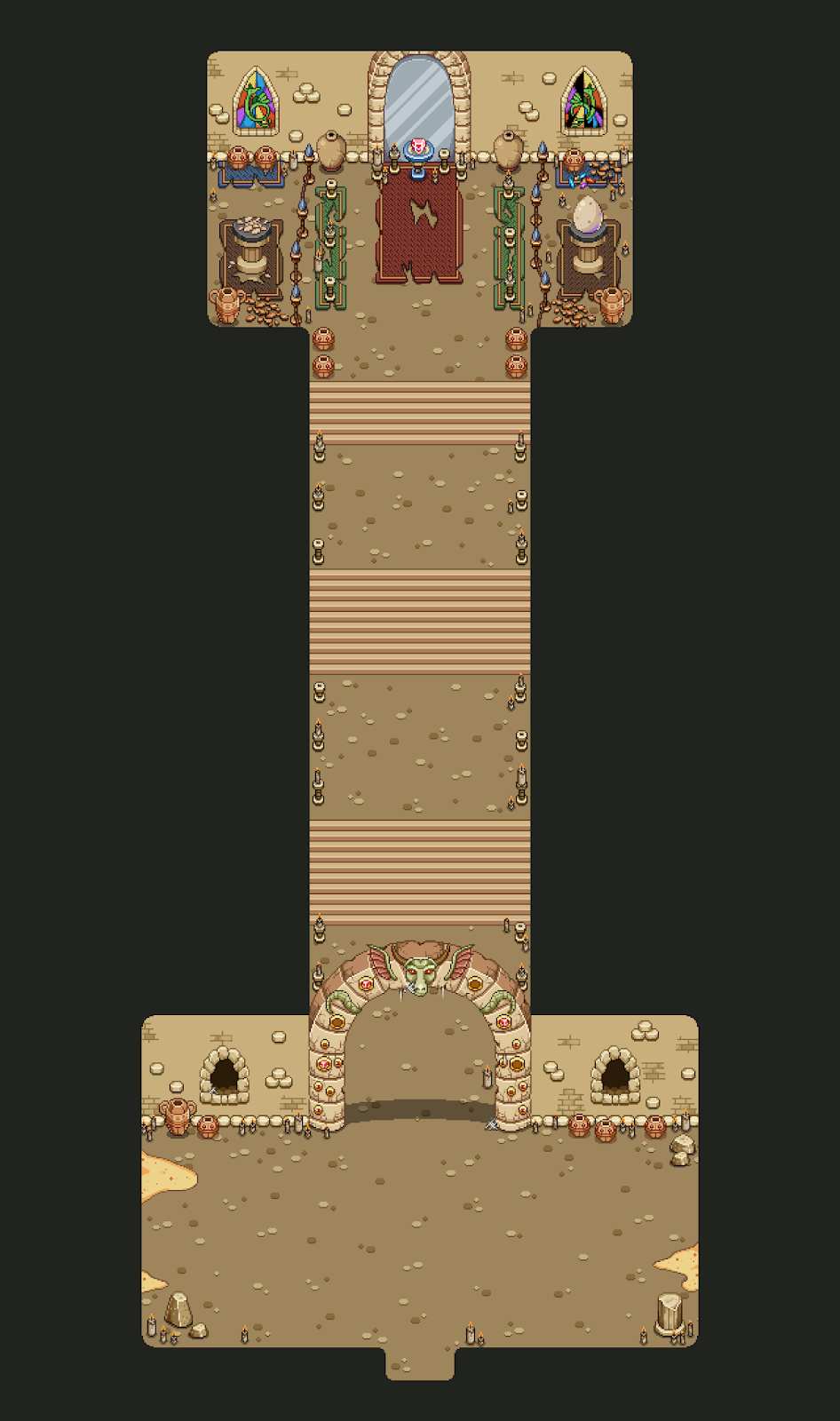 Our first portrait this week is a miner working in the desert! Like the other miners in our game, she wears the typical mining uniform, including the miner hat. The miner hat I use has already been made previously, so I only added it after the rest of the portrait was done:

The second portrait features one of the characters I forgot making a portrait for, which in this case is rather silly seeing as I made his shop stand and everything! This is the jewelry (accessory) salesman, selling items in the desert town’s market area:


Kick ass job y’all. Keep it up. Much love from Texas


Whoah! Marino is actually doing some pretty neat things! I hope Luke gets a similar upgrade with his smashing! >:D