Time to start making items that will be sold in the market area of Port Monnaie, and we begin with the jar salesman! Early on we thought he’d sell regular jars from each area, but then we changed our mind into giving him special drops and having the regular jars being crafted from shards instead – you gotta do something with all the jar shards, right?

So, in this video I’ll be making a set of jars he’ll sell. They will be available as housing items after your purchase, so make sure to upgrade your house with these new decorations once they’ve been implemented!

At the end of the video and below, the upper row features the items as they will look in your house, while the lower ones are smaller version sprites used in the interface: 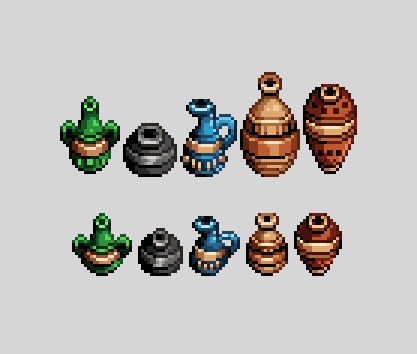 More housing items incoming! Today I’ve been making the basic furniture that will unlock for purchase as you reach the desert areas, as well as a bunch that will be available for sale in the market area of Port Monnaie.

First up, the basic items, the usual set of tables, chairs, the bed, a window and some other random things: 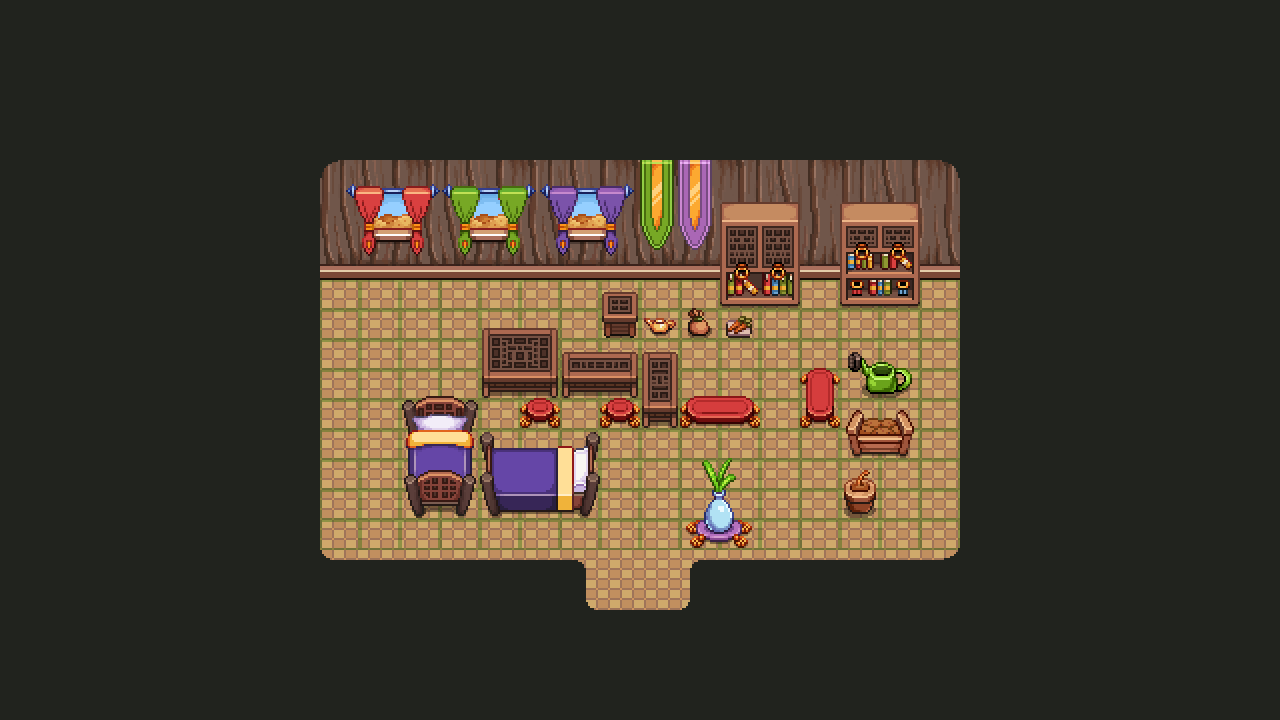 These carpets will be for sale in the market: 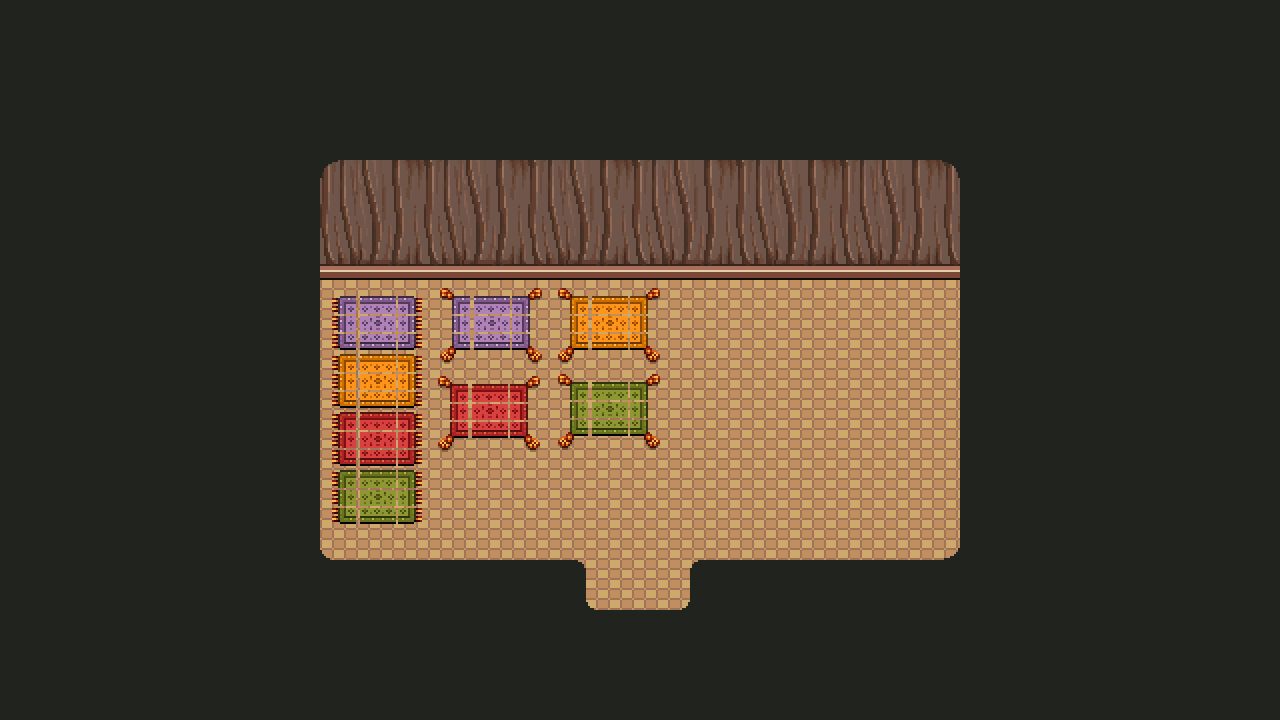 And here we have some things available from the souvenir salesman, a desert poster, a card container with a fake card, and an essence replica:

Of course, all of these things need inventory sprites as well (which need to be a lot smaller, so I made a bunch of them and recorded the process):

And here we have the final set: 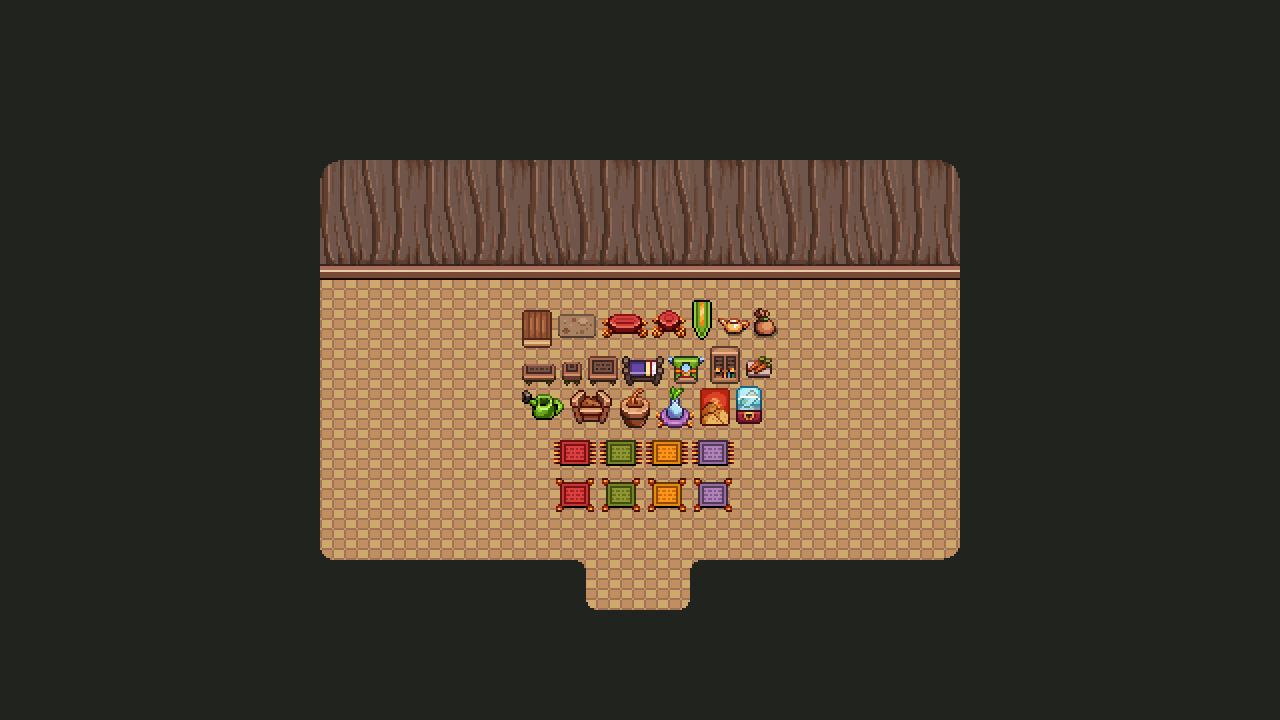 And here we have the last desert card, featuring the veggies! Here they’re forming a rather nutritious salad, though who would have the heart to eat these cuties?

And now, some random additions, starting with the many variations of Charlotte’s hair- and skin colors! Since she changes appearance based on what the player character looks like, I made a bunch of variations. The hair is a separate sprite put on top of her existing sprite in one of the three skin color variations:

We haven’t forgotten fishing, of course! Brand new fishes will be available in the desert once it’s ready for stable, and here’s two of the new additions:

A sand shark and a Cactish (or some such)! We’ve also made a tiny model ship that will be available as a housing item, however this is a reward from a chest (or quest) rather than being fished up:

I might have spoiled this a bit in our Discord server, but there will indeed be more math puzzles! These ones are optional though, so you can relax – unless you’re out to 100% the game this isn’t something you’ll have to worry about!

These puzzles are a bit different compared to the ones already in the game, as these will involve more actual math (including addition, subtraction and multiplication (OH GOD WHY)). Suffice to say testing these prototypes as someone who is a total disaster at math was… interesting.

In any case, you don’t only need math skills to get through this, you also need some smarts, cause in order to actually reach the math puzzles, you need to solve a different kind of puzzle, involving numbers in a completely different way, and for this a set of statues with the numbers 1-6 had to be made:

Where will this all end?! I’m almost scared to think of it…! In the second cave system, this special entrance is where you need to solve a sequence of six numbers in order to proceed to the actual math puzzles. Here’s the prototype used by Teddy at the moment: 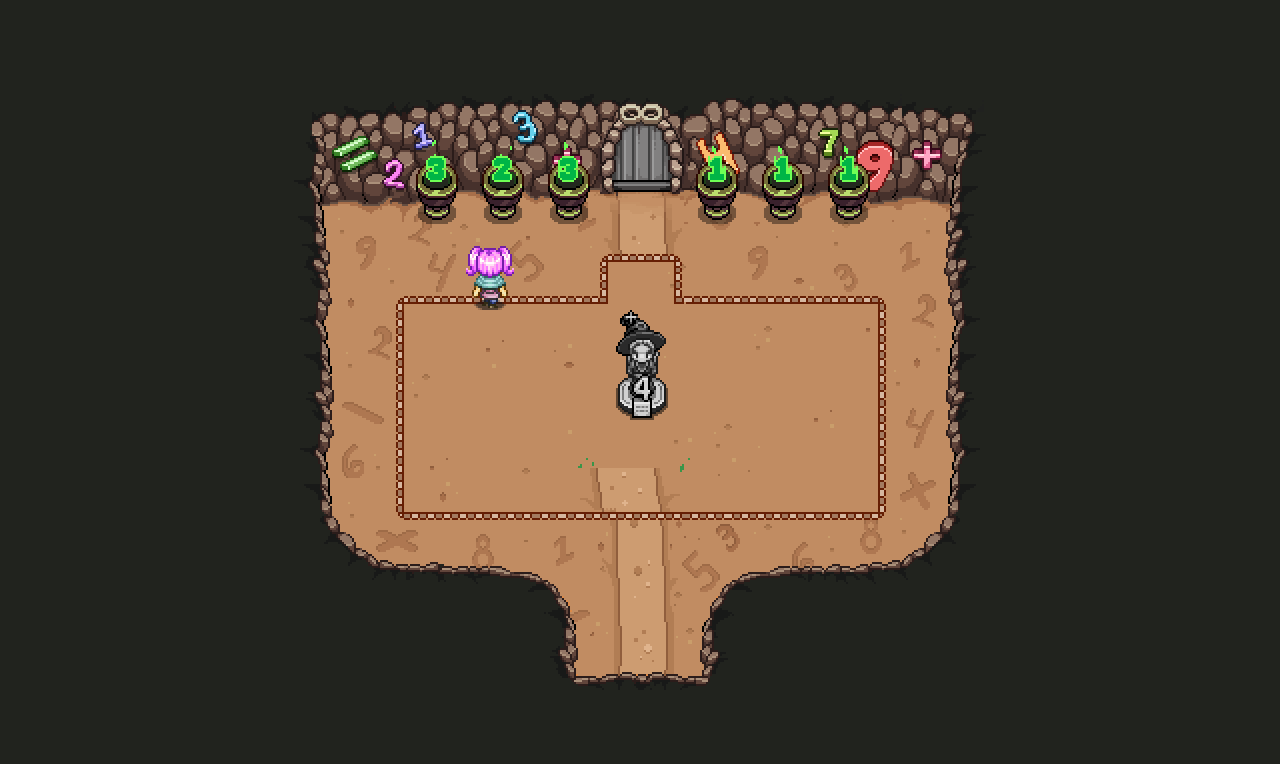 And now it’s my turn to transform this into something that looks more finished. This time around I made a video featuring how I made this entrance, as well as the reward cave that is unlocked after you’ve finished the math puzzles within: 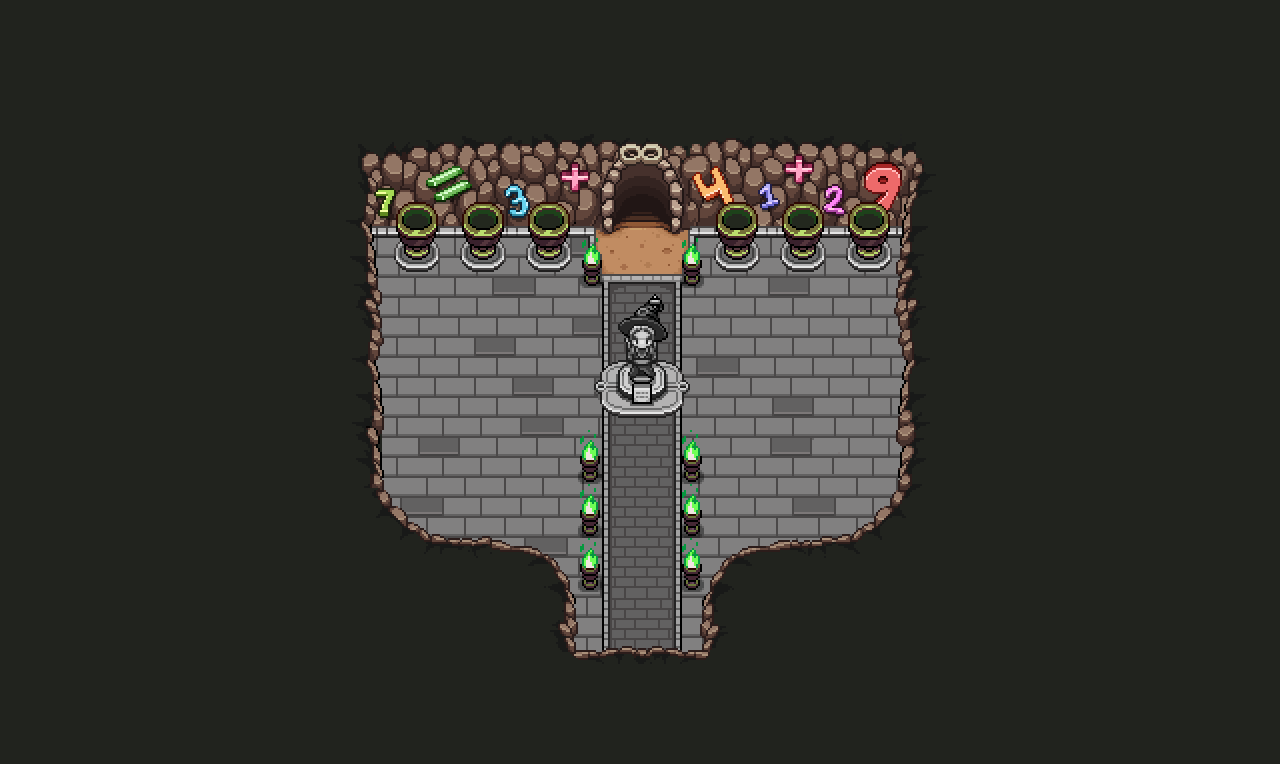 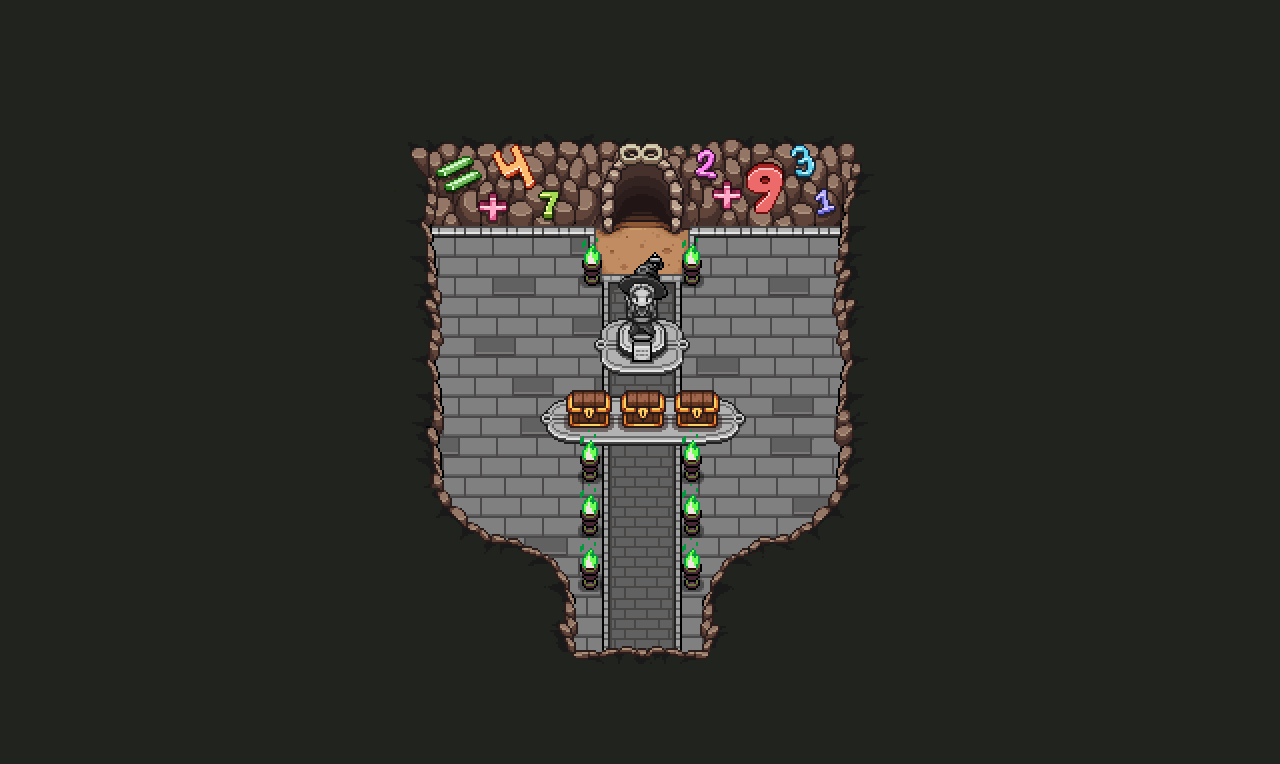 …why the reward room has another stairway leading below ground? Oh, that’s so you can access another cave system which has a (literally) never ending supply of math puzzles!