Hello guys! This post is one day late due to the easter holidays, so apologies for that. Hope you’ve had a great time :D

Now, last week was quite interesting in terms of game design discussions. Our original idea for the ghost ship was for you to battle the Captain two times, where the second encounter would be harder and more bullet hell-y as he’d be using some high tech equipment found on the ship. However, after a lot of discussions back and forth we’ve decided to try out new ideas for the second boss battle. The reason behind this is that we simply didn’t feel too excited about the attacks and patterns we’d come up with for the boss, and we kind of felt like something completely different might fit better gameplay wise.

So, because of this, we’ll start looking into a different type of boss, something that has more of a pattern since there will be enough bullet hell-y elements as is in this dungeon. Our most recent idea is to go with the theme of eyes that has been quite prominent in the ghost world so far, and use some sort of giant eye as a boss – more on that later after we got some prototypes up and running!

Because Teddy has been having some bonus time while he’s waiting for graphics, he’s been starting work on some Arcade Mode stuff; specifically a new type of challenge (or mode if you will) where everything is more randomized!

Specifically, this means when doing this challenge thing, you won’t level up normally, but you’ll get your skills and upgrades through chests and as drops from enemies:

Upon completing a floor you’ll get to choose from three upgrades as well, giving you some options on how to proceed with your build (keep in mind the graphics are still placeholder, we’ll come up with some fancier way of illustrating this):

We’re not yet sure when this mode/challenge will unlock, or when we’ll get to finish it, but the foundation is there now anyway! How do you guys feel about it? Excited for some more randomized factor in Arcadia, or do you think you’ll stick to the regular mode?

Continuing with the Arcade Mode intermission, it’s time to make some more of those rooms! To spice things up a bit in the desert floor(s), we’ll be having some cave rooms as well as those outdoor ones. They will not be as frequent as the others though, so I’m only making two different sizes for these!

For the foundation of the rooms, I’ll be using one of the math caves as a base:

And then, since these rooms will almost always lead back outside, I made a special exit that show the outside rather than darkness:

And here we have the two room sizes: 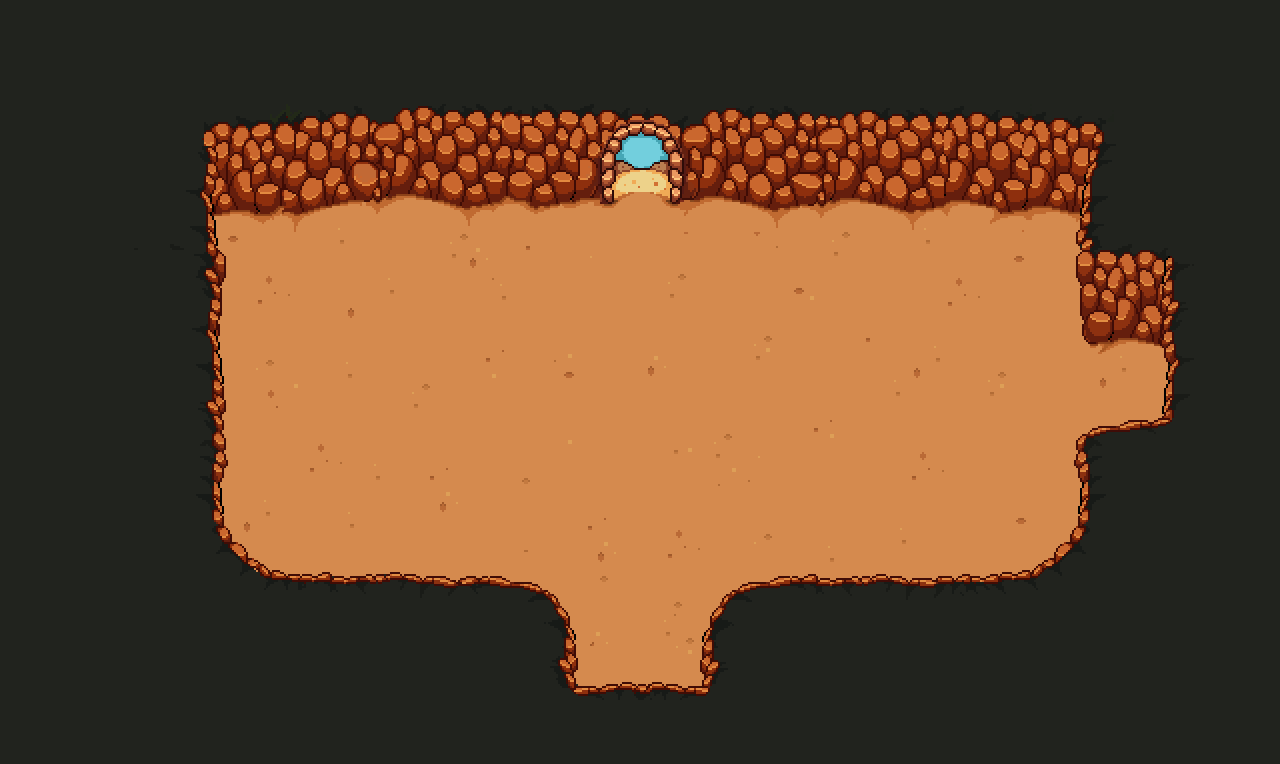 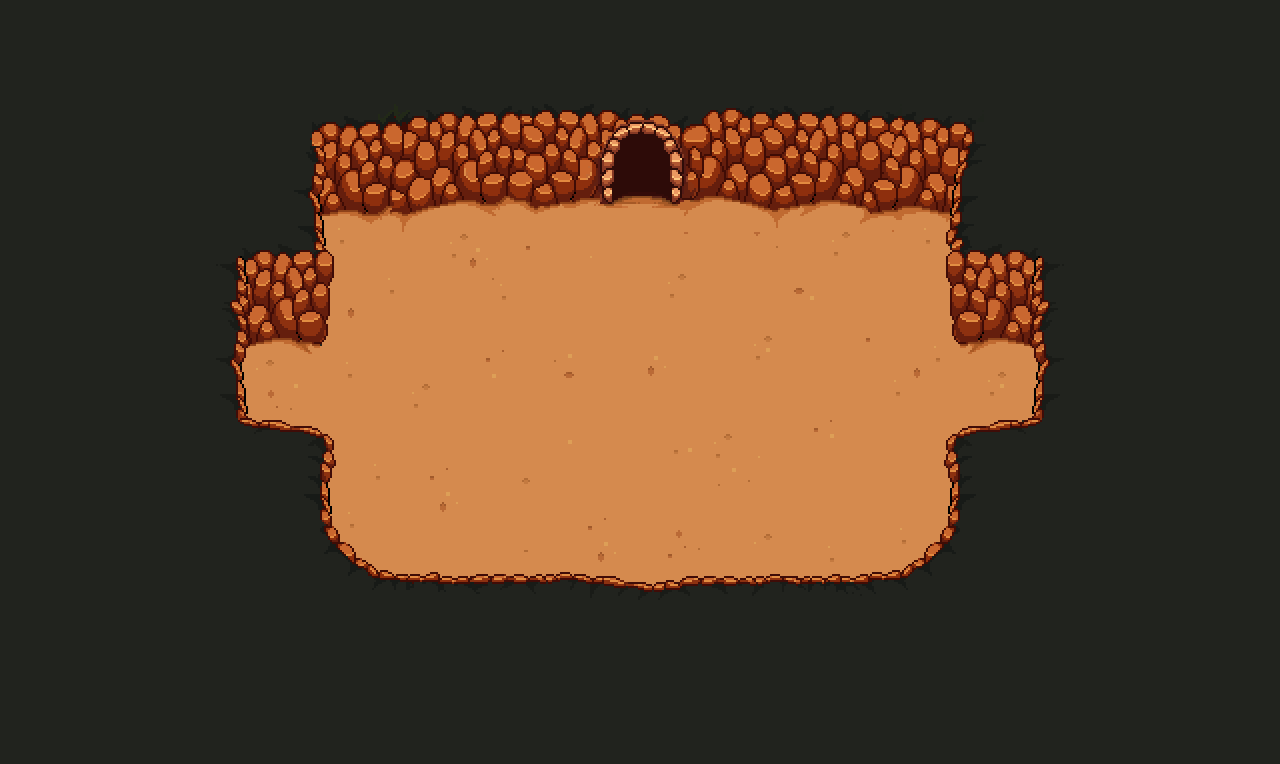 Now, for that new boss prototype I mentioned earlier! Teddy has put together something quickly with the help of some very basic placeholder art from Fred:

So one of the things with this eye boss is that it automatically forces you into the ghost world, where you’ll have to deal with all sorts of obstacles. After a while you’ll be able to swap back into the regular world – but only for a short while, so you better time it well!

The next thing it does is that it will spawn other eyes with different eye colors, which you have to eliminate in a certain order. Fail to do so (or do it too slowly) and you’ll get punished and take some damage:

Right now the eye simply tells you the order, but in the finished version you’ll get a different sort of hint, probably through the eye changing color or something like that:

As always, I use the editor to do these things, so that Teddy can easily add each of them into the engine: 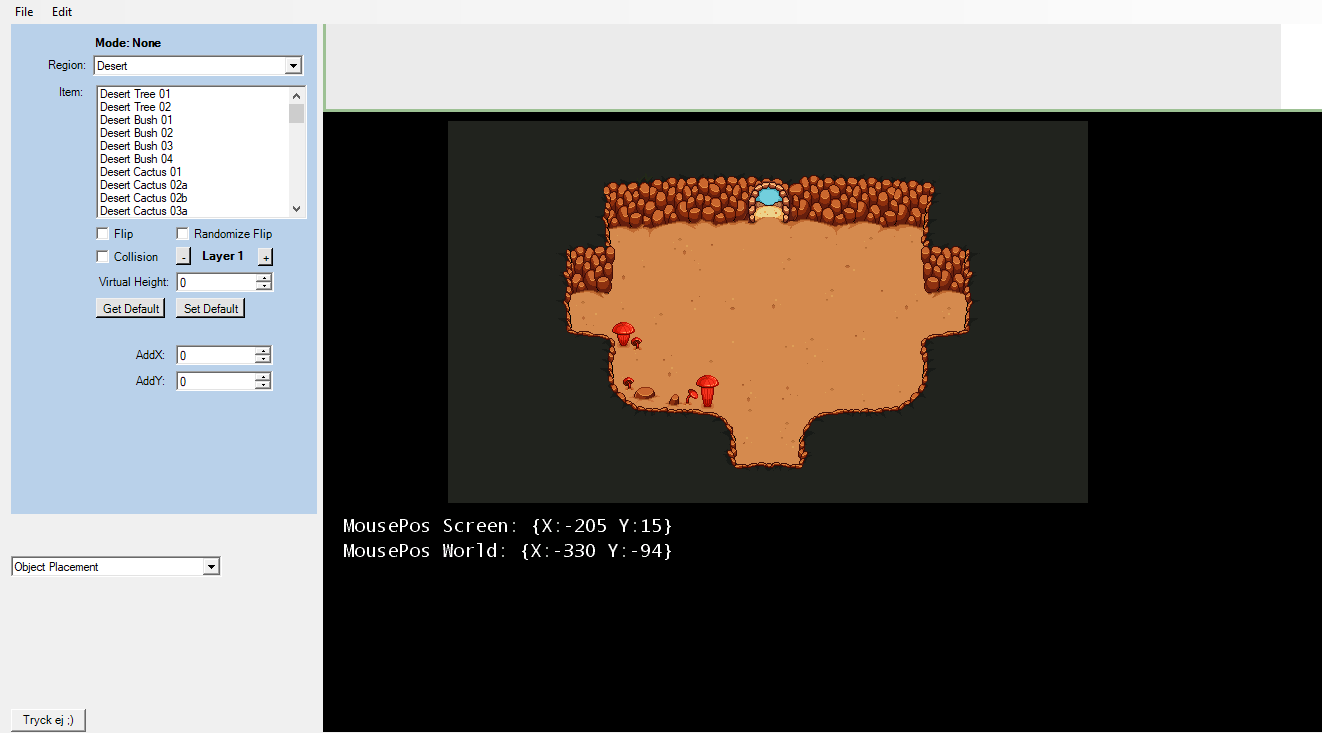 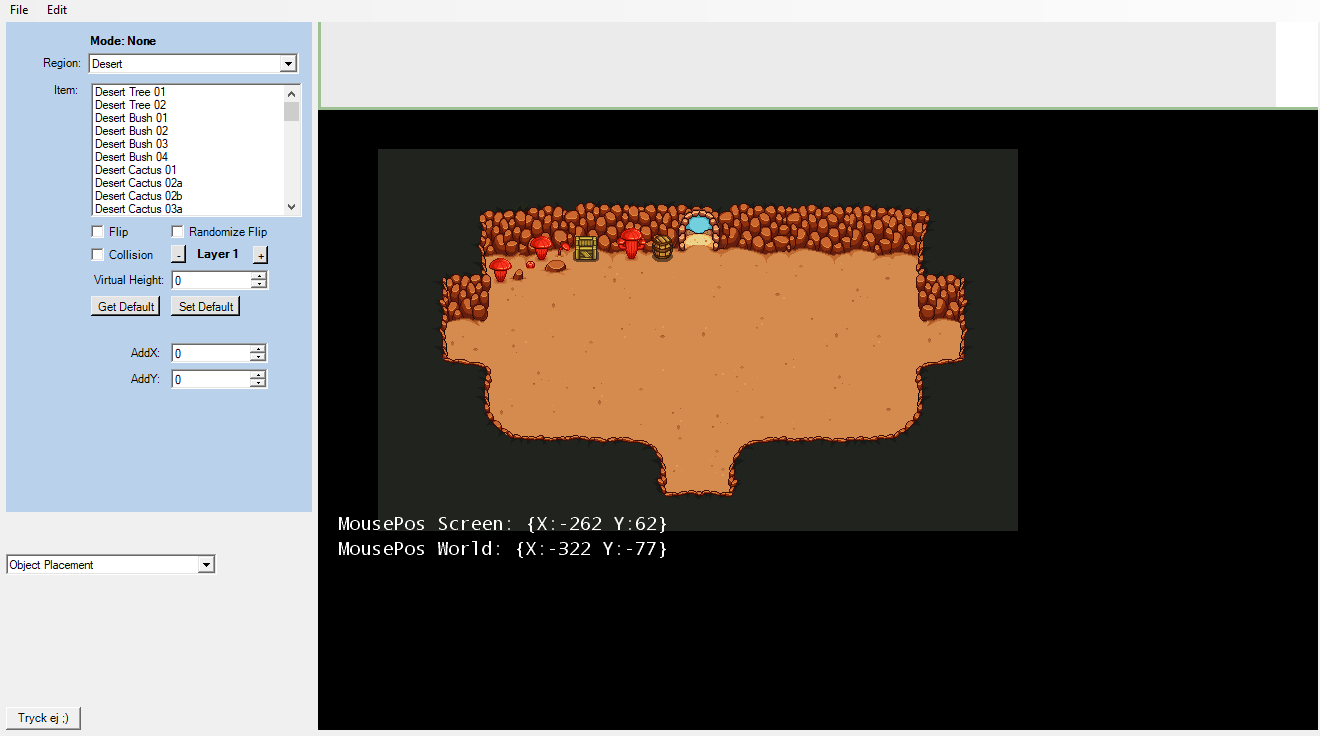 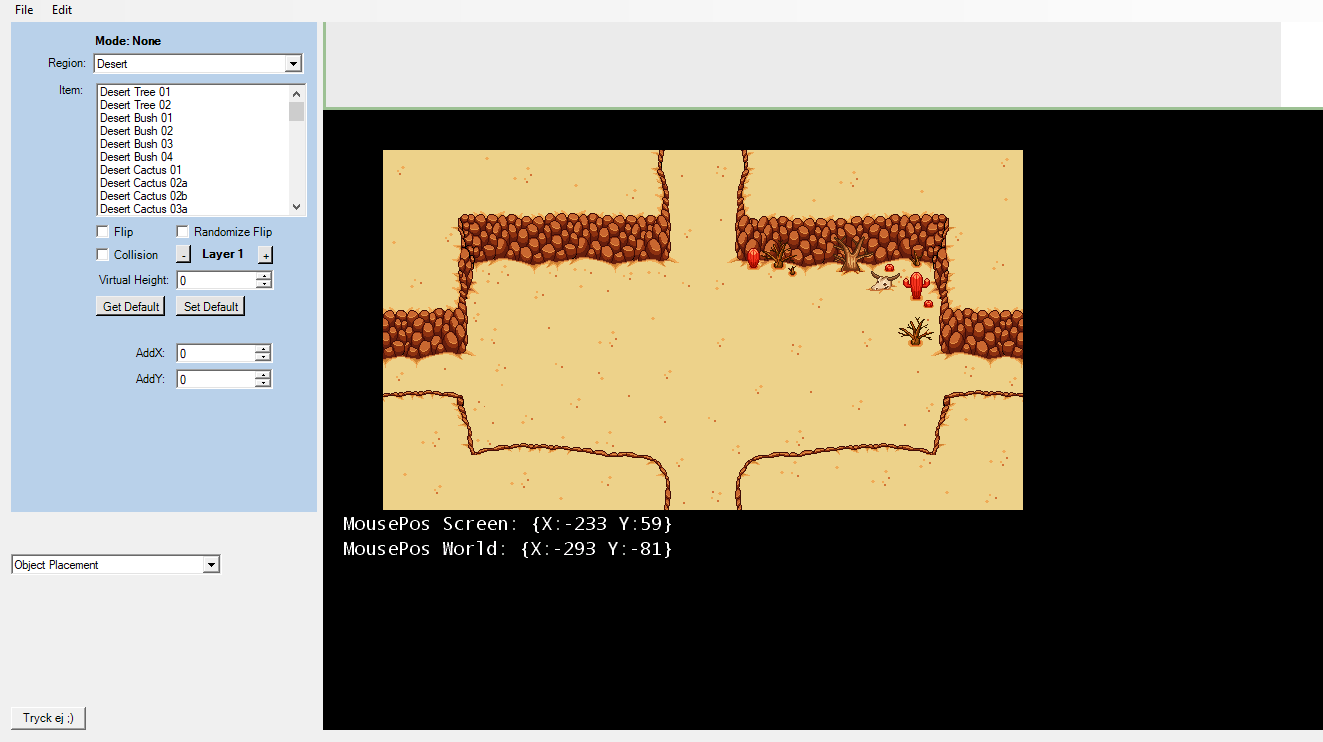 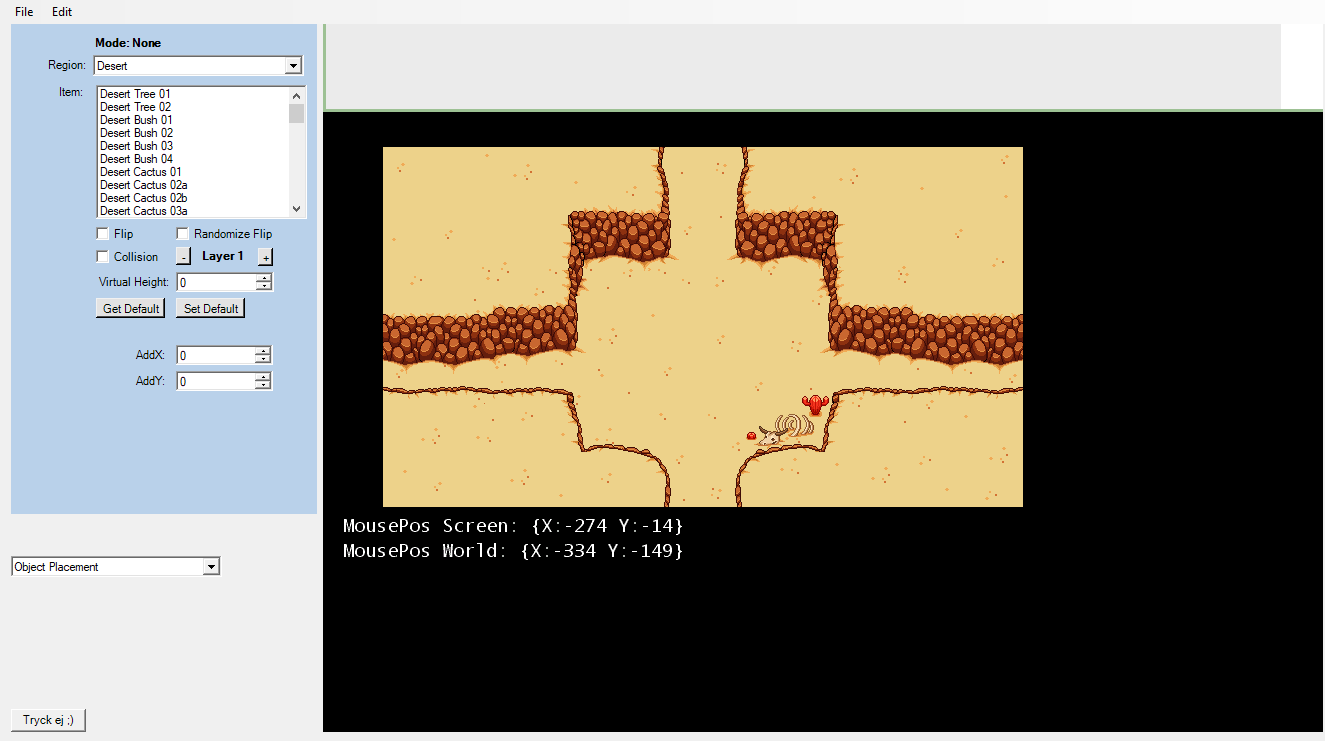 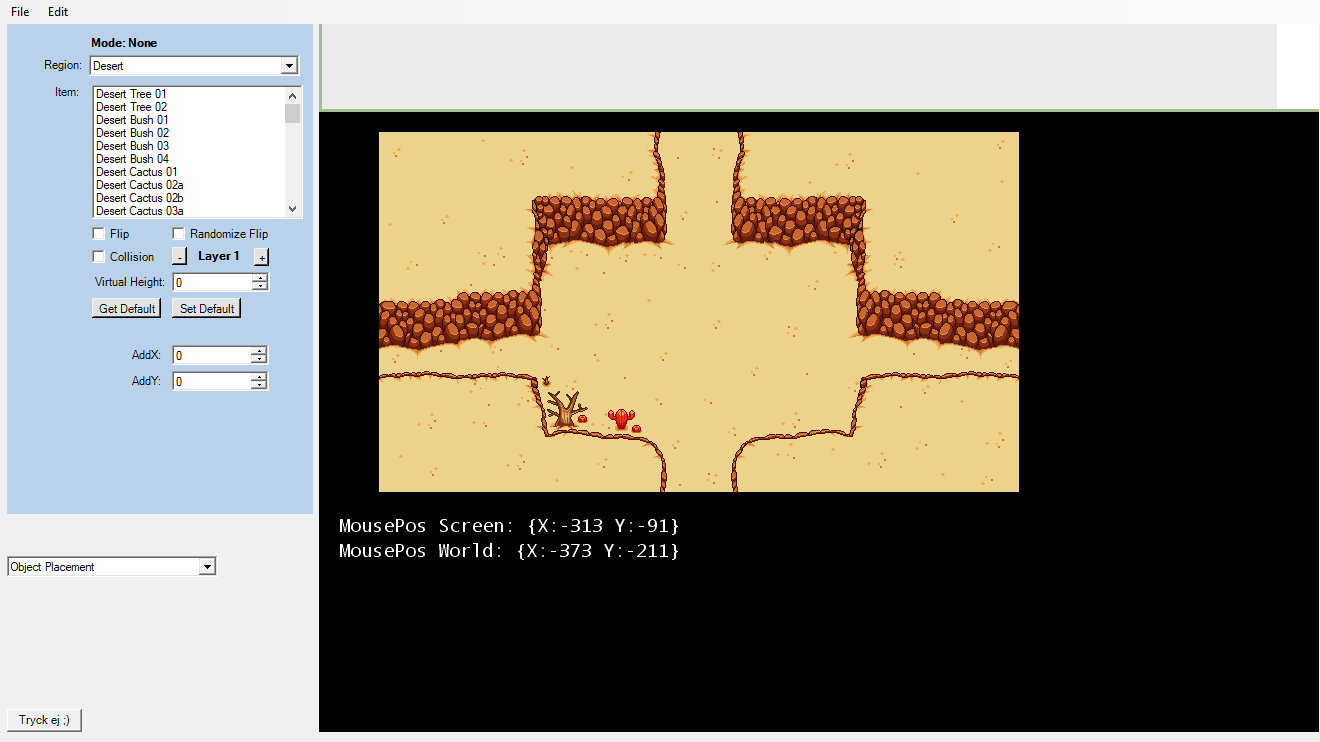 
Been a long while since I responded to a new post, but I still check weekly. Played through most of the content again a couple months ago. Still a great gem even though the whole story isn’t there. Just wanted to drop a quick comment about this part.

> Right now the eye simply tells you the order, but in the finished version you’ll get a different sort of hint, probably through the eye changing color or something like that:

I agree that the “saying” the order probably isn’t the right way to go, but when you come up with a solution, make sure it works for color blind people, too.

We’ll make sure to use a combination of symbols as well, and if a case arises where that’s not feasible we’ll double check that the color combinations are safe!


Looking great! I just want to let you guys know how happy it makes me seeing progress. I’ve convinced a group of friends to play this game with me, and it’ll be the first time I’ve done a 4-man run after over 130 hours of playtime. I love this game to heart and I hope that love can spread to them.