Hello everyone! We hope you all keep safe out there! To brighten your Monday, I can now announce that the final cutscene of the patch has finally been added to Frontline! It’s taken a bunch of work down to the last minute, but everything should be up and running fine now. Please enjoy these new twists and turns and let us know what you think! :D

Normally this is where I’d post a bunch of stuff from the update itself, but because there’s a heavy amount of spoilers I think we’ll try to stick with the non-spoilery stuff:

First up, we remade the sword portrait a bit, making it look a bit less ‘silly’:

We’re also adding the tower to the world map:

And making sure it can be correctly placed in the map where it’s found: 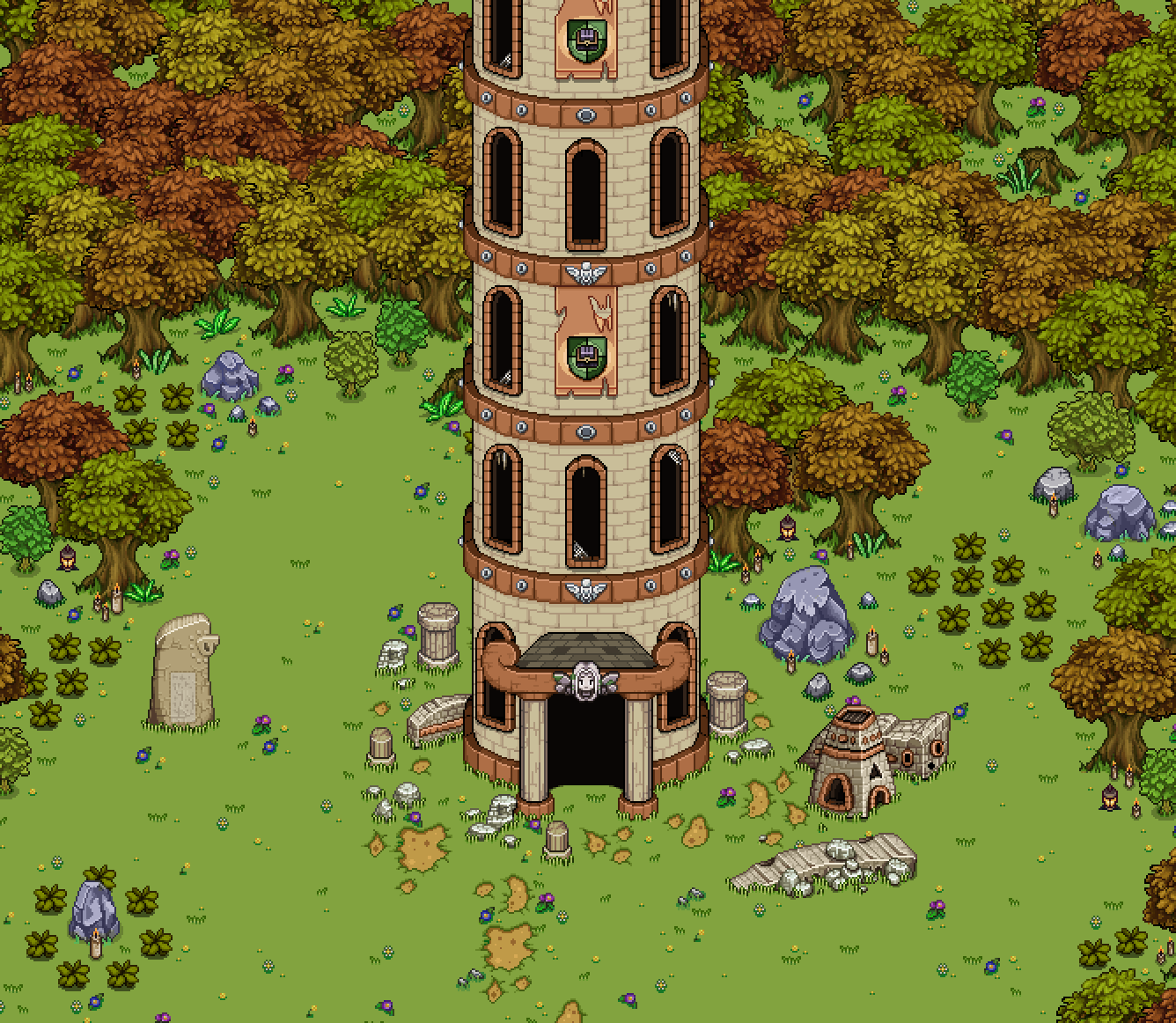 We did play around with some more options for Ivy’s face:

…however, in the end we decided to not have it revealed after all!

As we mentioned some time ago, we wanted to add an archaeologist who investigates the Ancient Ruins even before the tower appears. Because we feel like it might add to the coolness of it all, we’d like a bunch of people to have gathered around the tower after it appears, so what better time to create her character than ahead of this patch?

Marino also got a new set of portraits that will be shown as he gets your report on what exactly went down over at the Ghost ship: 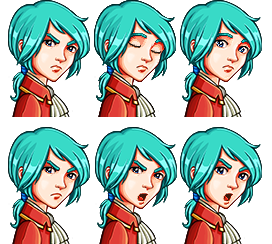 Also breaking up the rocks around where the tower will appear, making smaller pieces that can be thrown about as the tower bursts forth:

Which will look something like this in the end: 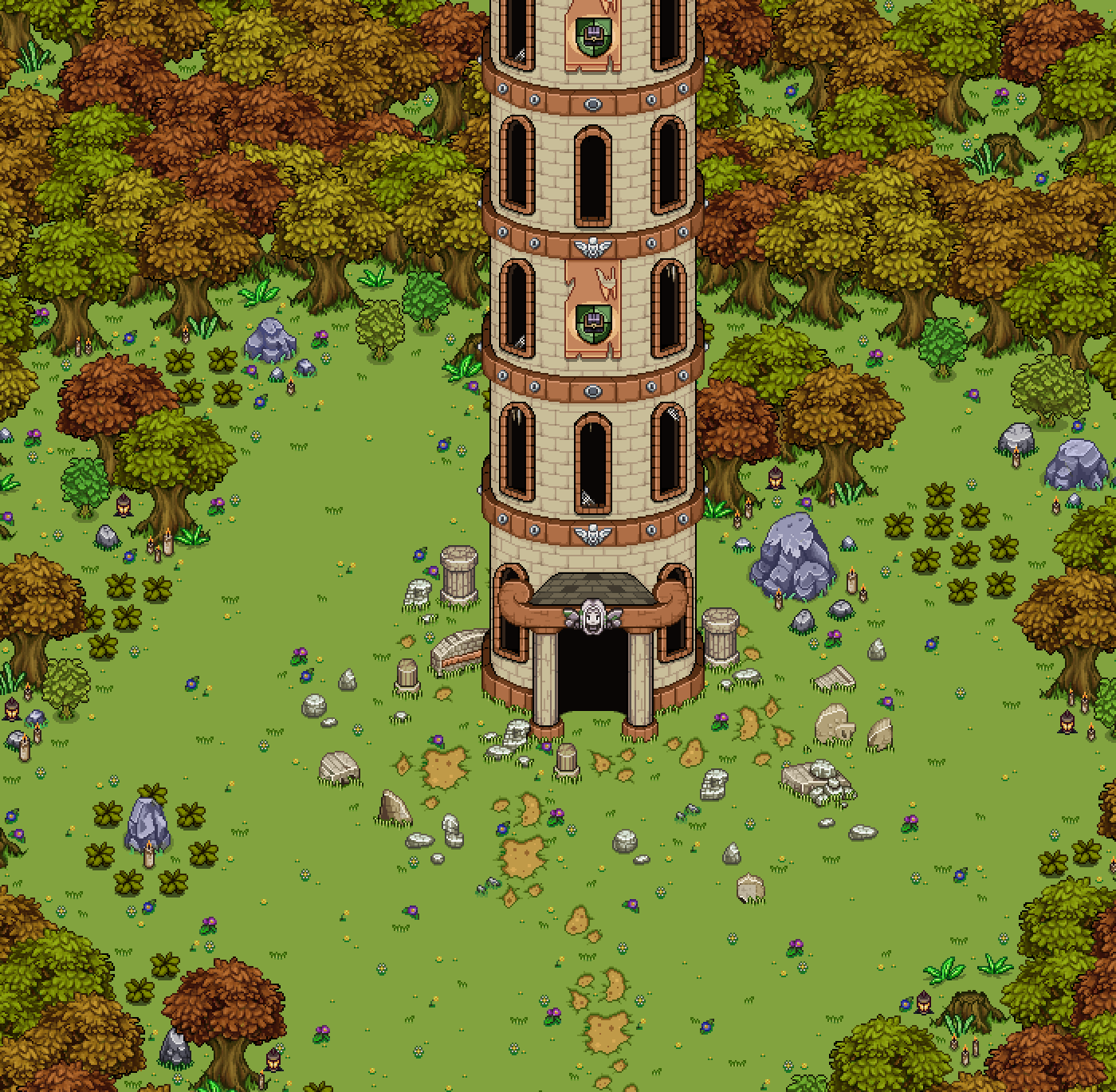 And of course, a zone title befitting the old thing:

And now, with my part of the final cutscene done it’s time to start looking ahead at the future! There are a ton of things we want to add before the final version of the game (and as such, before we start work on the elusive tower!)

One such thing is Marino’s mansion, which you so far haven’t been able to enter, and one of the things I’ve been working on today has been making a sketch for the interior of it. Because it’s really the only mansion in the game, we want it to feel big and expensive, and as such I’ll be making a ton of rooms for it! 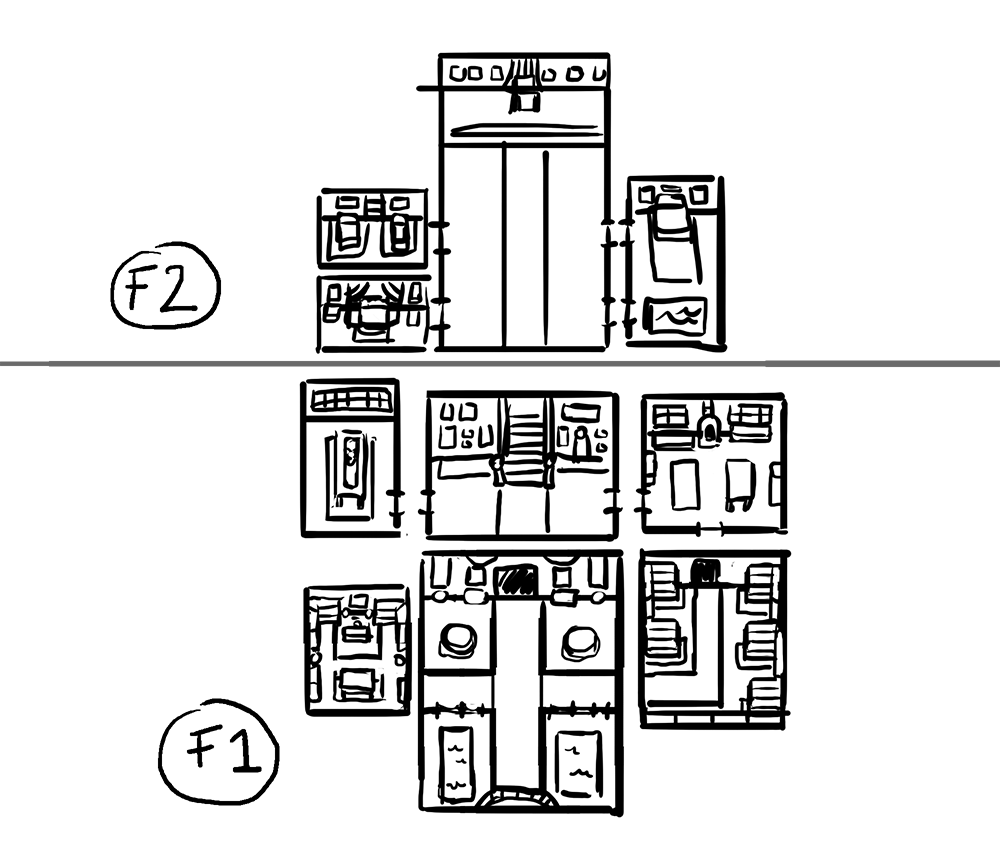 On the first floor, you’ll be greeted by a grand hallway leading to an expensive looking study on the left, and a library on the right. Above the library you’ll find the kitchen, which in turn leads back out into another part of the hallway featuring a grand staircase. On the opposite end will be a grand dining room.

On the second floor we’ll have a massive corridor with the family’s bedrooms on either side, and a nice little throne for the head of the family on top. Cause why wouldn’t he have a throne if he can get one? ;)

In the coming days, I’ll start work on the actual backgrounds and props for this place, while also discussing what else will be made before we start working on the tower – I know we have a lot of points left to discuss properly, such as the improved pet system and so on!


I really liked the direction the story took, but I got very sad for the outcome of Luke


Thanks for new frontline update <3


PLEASE. Make it so that once the tower is found, and you go onto the map, an animation plays where the tower comes out of the ground on the map too. Don’t just have it there randomly! p l e a s e

@Thio: That animation even has its own segment of the cutscene itself!