We’re back from our little Easter holiday (spent at home)! Did you guys have a nice holiday? We hope you did try to find some peace even in the midst of this crisis the world is facing!

We’ve recharged our batteries and were very excited to get back to working properly. We started off the week with a long meeting discussing the mails we’ve received from a lot of the people who are to design items for the game! As I mentioned before we went on holiday, we would start sending out requests for the designs, and have since received quite a few replies which we’ve discussed and answered accordingly.

If you bought one of the tiers which allow you to design an item, please check your mail and get back to us whenever you can! :)

In order to make it easier for us to read and remember what needs to be made for each item and where to put it in the game, I was then tasked with sorting out a document that includes all of the most recent and relevant information given for each design. As this involves around 30 unique designs made by 30 different people, it’ll be a lot of info to make easily accessible!

We also managed to discuss some more end game things that have been on our mind for a bit; mainly regarding the Bishop’s role in the later parts of the game. I believe we will end up having several more conversations around this topic, and I think the specifics will be better saved for later on… But stay tuned!

Finally, we talked about the fact that a lot of people seem to misunderstand how best to farm in the game, with people often thinking you need to reset an area to farm most efficiently. The way it actually works is that the more you clear out an area, the quicker the respawn gets, so after clearing an area completely and killing the newly spawned enemies for a bit, the respawn rate will accelerate and get quicker and quicker (up to a point). To make this easier to know we’ll add a loading screen tip hinting at it, as well as some info about it in the school (that once it’s properly up and running will feature a lot of random mechanical information about the game).

And now, onwards to continue work on that mansion! :)

Taking the mansion on its first step to completion, starting with the hallway: 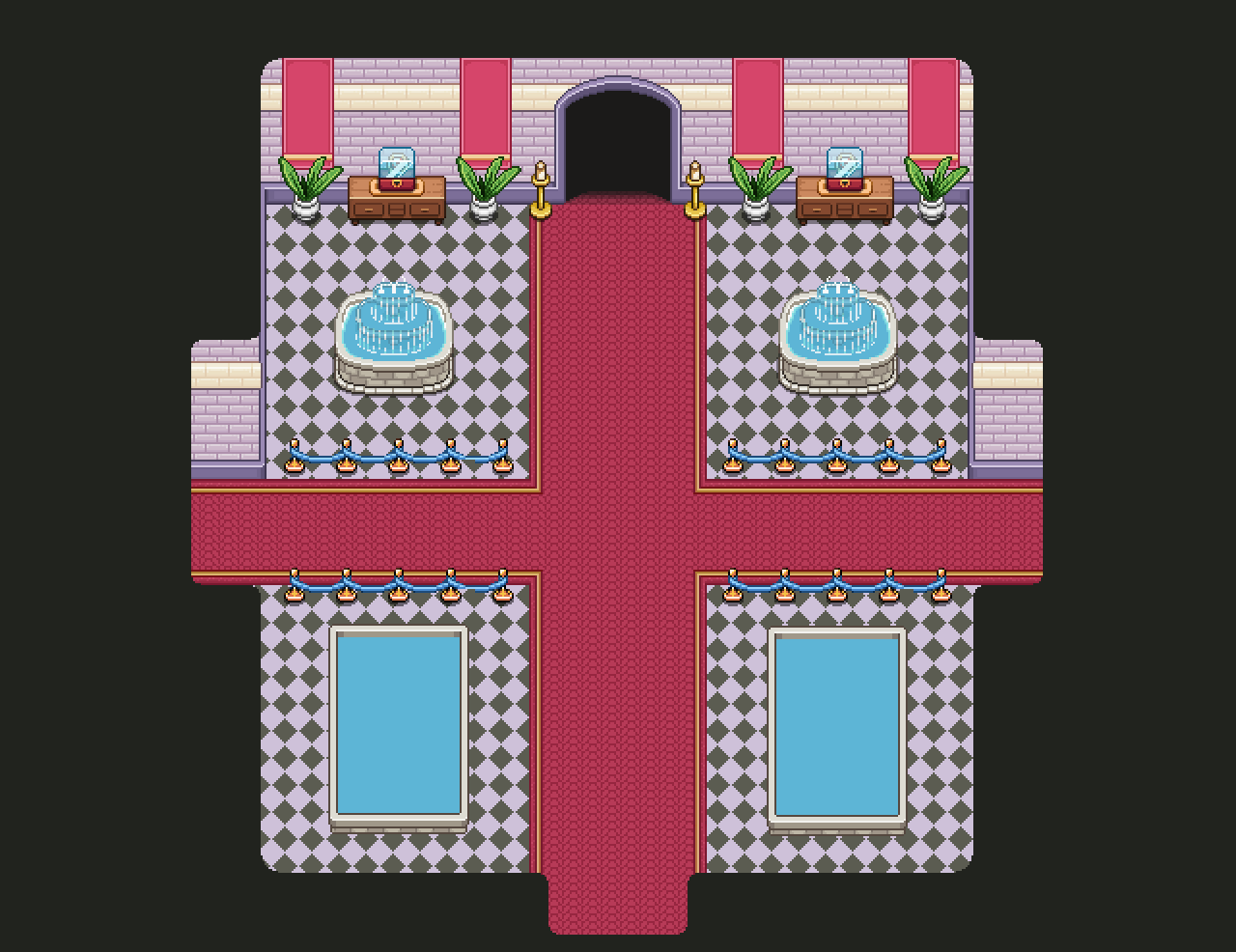 We’ll still improve on some things. To start off with, I’ll be making new decorations for the fountains, making them look a bit more luxurious and unique to the mansion. We’re also gonna replace the bottom pools and put some sort of statues and plants around them, and maybe add some paintings on the wall. But that’s for next time!

First, a portrait of one of the inhabitants of the mansion, namely one of the maids! There will be more of these later on, but here’s a start:

And here’s Fred’s work on the maids so far!


Despite knowing the respawn mechanic, I gave up a few times in the flying fortress, and thought it’s just impossible to farm there, because the spawns started very, very slow. Not sure if this is intentional, or even if it’s just all in my head, but that’s something you might want to look at too.