Going back to story mode for a bit, we’ve talked about the second quest for the Mansion and come up with a rather simple quest for the player to deal with the first time they’re allowed into the Mansion (which will be by the time you defeat Marino after Flying Fortress). Basically one of the maids want some help solving a small infestation of slime in the basement. Oh but what an infestation it is – not quite what you’d expect I think… :)

We’re also finally starting to fiddle around with the things you’ll access when you get the plant fertilizers and will access the areas currently unavailable (remember the small squiggly plants?). So far we know of three places these plants will be: the one in pillar mountains which will lead to a small reward, a little cave system leading back to the cave where you find the sandals (I believe) further down in pillar mountains, and upwards to an old an abandoned Grindea shrine which may or may not play a part in the later stages of the game…

Here are some sketches I made as we were talking about this place during the meeting, more to come later: 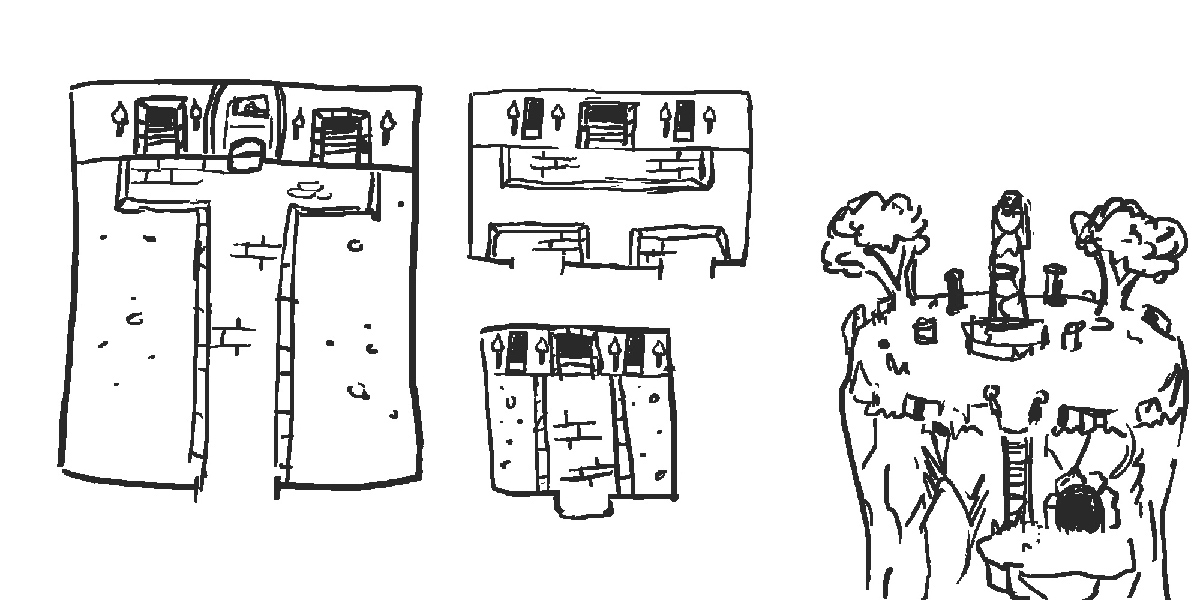 The one in Flying Fortress will simply lead you to a treasure, while the third will lead you to the mysterious tree stump house in Seasonne, where it seems you will get a reward and find a housing shop! We haven’t made any sketches for this yet, but I’ll likely start working on that once we finish up the mansion :)

First though, some more Pin stuff for Arcade Mode! There will be a part of the menu where you can see what Pins you currently have equipped, and so I made a little modified version of the Pin equip UI where you can see such things: 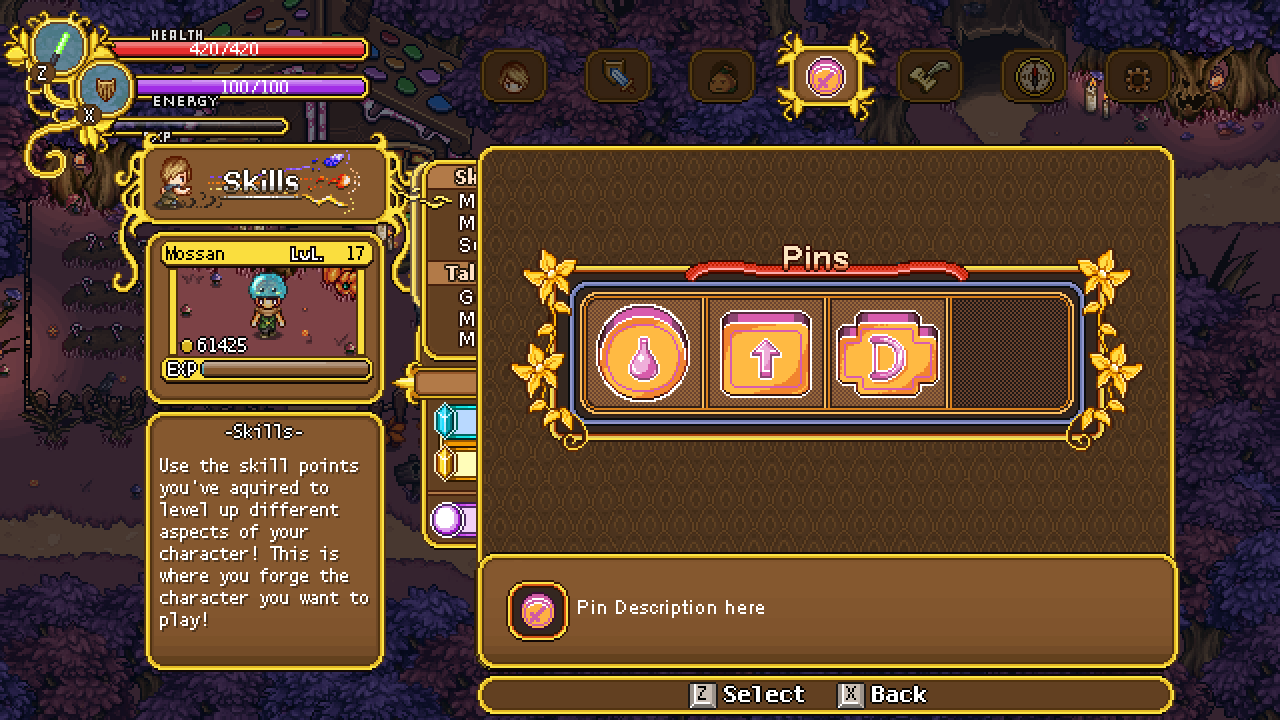 One suggestion on where to put this menu was to replace the crafting tab with it, seeing as crafting doesn’t serve a purpose in Arcade Mode, the other was to keep it under equipment. The latter suggestion was mainly because we wanted it to be in the same spot in both modes in a world where we were to include them in Story Mode in some form. For now though, that seems unlikely – so the Crafting tab will be replaced for now :)

Next step on the same topic is that we want there to be a place where you can see all of the pins that are available, as well as those you haven’t seen yet. This will be viewed through the Pin Collector who will hang out in town after you’ve unlocked him!

Obviously each of the icons will be replaced with the corresponding Pin. The questionmark icons will signify a pin you haven’t seen yet but that you could find any run, while the lock means it’s a Pin you’ve yet to unlock. We haven’t yet decided if we will have pins you will unlock, but we’ve talked about having a new batch of pins unlock as a reward for certain quests or certain progression milestones; how do you guys feel about that?

Next up, another portrait for the mansion! This is the goblet, Marino’s dads trusted artefact! Finally some more sentient artefact for you guys to hang out with ;)

In Fred’s department we’re working on some cubes and other types of indicators for all of those pins that allows you to trigger an effect after x hits!

The cubes will grow in size the closer you are to unleashing the effect:

But he hasn’t forgotten about Story Mode! Here’s the shield to match the weapons seen last week: