As we continue toying with that loop idea mentioned last week, I’ve been fiddling around with some various ways to illustrate the difficulty increase. Our current idea is to showcase it as a type of orb or crystal you insert into the statue by Bishop, but this might change as we explore other ideas. For now though, here’s a few of the experiments in action: 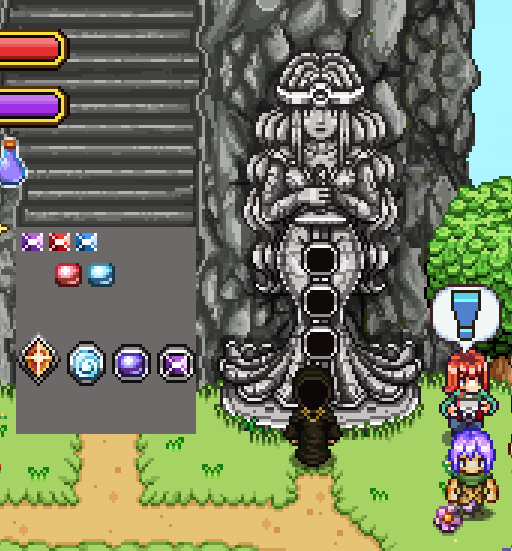 Next, a bunch of expressions for the Pin collector so the cutscene in which he appears can be completed. As always, a lot of these expressions will probably not be used but I like to mix and match a couple extras just in case :) 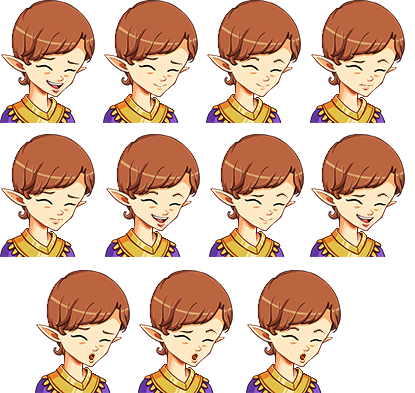 With the loops progressing, we’re redesigning the Grindea statue a bit so make her sword bigger and more badass looking! We still haven’t decided yet which type of crystal thingies we’re going for but here goes:

The new improved sword with a variety of the crystals: 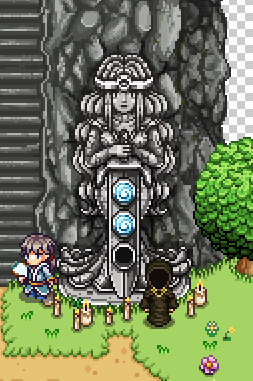 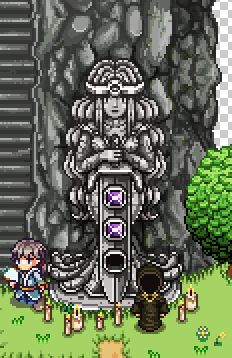 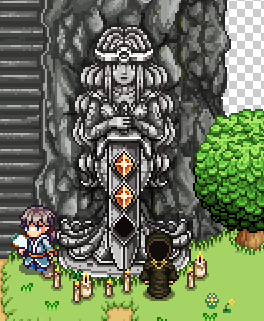 We’re also considering mixing them so there will be one of each, or at the very least different colors for each one you unlock: 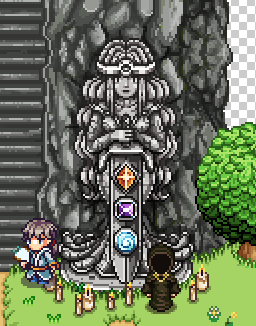 This last one is our favourite currently, but we’ll see! More discussions to be had :)

Our experiments with the Pin Collector’s first appearance continues as well and we’re now playing around with how the pins that scatter around him will look.

The difference between the above two are mainly the sizing of the pins. In the first video, the pins are all of the same size, while in the second one we’ve resized some to be smaller. Between the two of those, we prefer the one where the sizes aren’t all exactly the same, but we weren’t totally happy with the way they faded away, so we decided to try something else:

In this third version, the pins disappear with a bit more of a bang. We prefer this a lot as it gives the feel that the pins disappear into the world rather than simply fade away. However, we weren’t completely happy with the timing, so we decided to change that a bit as well:

So in this version the timing is adjusted and the Pin Collector turns around. Of course, most of the graphics displayed here are placeholder graphics, his turn as well, so each of them will be improved in due time. But so far so good! :)

Meanwhile, Fred has been playing around with a ton of effects for the Pin collector’s appearance, as well as trying out some animations for the “loop orbs”, seen below:

Aand giving the pin collector a bunch of animations as well, as can be seen here: